Florian Grummes, the managing director of investment advisory firm Midas Touch Consulting, has suggested that Bitcoin (BTC) might be in line for a further correction to below $10,000.

According to Grummes, Bitcoin could likely find a support level at the $10,000 mark before potentially correcting to around $6,000 while noting that due to volatility, the flagship cryptocurrency might experience minor upward price movements during an interview with Kitco News on October 11.

The finance professional also noted that it would take a special event for Bitcoin to exit the current bear market.

“It’s my worst case right now [Bitcoin at $6,000]. I wouldn’t rule it out. I think $10,000 is probably what’s going to happen, and then we’re going to see a nice bounce and maybe another test of the $10,000 to $15,000 range, like a double low at some point, and that would be then the final end of the crypto winter, but it still takes time I don’t think it’s happening anytime soon,” Grummes said.

Furthermore, Grummes expressed skepticism regarding Bitcoin’s ability to regain the all-time high of almost $69,000 despite bullish events like the 2024 halving. He stated that the liquidity crisis and regulatory uncertainty are factors likely to hinder Bitcoin’s trajectory.

“If this whole crypto sector can recover like it should or did in the past, then once the halving has happened, the whole sector likely will be in the new bull market. <…> Bitcoin has been going up since 2009 relentlessly <…> Fundamentally speaking, regulation, of course, could be basically preventing a real new bull market,” he added.

The ultimate hedge against inflation

At the same time, he noted that gold remains the ultimate store of value and hedge against inflation, an element yet to be achieved by Bitcoin.

Previously, Grummes had projected that Bitcoin’s bull run would likely come back within a year. However, he cautioned investors to expect surprises on the upwards and downsides as the crypto winter lingers on. 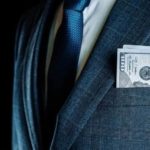