Bitcoin prices have remained bullish over the weekend, holding above $19,000 as the world’s largest digital currency closes its largest-ever weekly candle.

Bitcoin has been slowly gaining over the weekend, hitting a high of just above $19,400 a few hours ago during early trading in Asia on Monday.

A slump in late trading on Friday dropped prices into the mid-$18k level but the asset has been recovering since, adding another thousand dollars over the weekend. At the time of writing, Bitcoin – the investment of choice for millennials – was changing hands for around $19,250 and extending a sideways channel that has formed this month.

Unlike previous instances, Bitcoin is holding at this historically high level, whereas during the 2017 rally it spent just three days above $19k. This has caused another record to be been broken in the weekly candle which has been the highest ever close on this time frame.

Analysts have noted this milestone;

Co-founder of 10T Holdings, Dan Tapiero, noted that Bitcoin has rallied 500% since its crash to around $4k during the pandemic induced global market collapse in mid-March this year. The investors added that it is hard to grasp the market growing so fast, predicting a price if the same growth continues from current levels;

“500% rally from here puts us at 100k BTC. Don’t think it can happen in 9 months but it would just be replicating what it’s done in past 9 months.”

The big resistance barrier is the $20k level, which was the previous all-time high. Prices vary from the latest price peak at $19,900 which occurred on December 1. The asset is very close to that level now and could breach it before the end of the year, or even the week. If this occurs markets will enter a completely virgin territory with new highs being made.

Naturally, the rest of the digital asset market still shadows the movements of big brother Bitcoin. Ethereum has retreated back below $600 during Monday trading despite the successful launch of ETH 2.0, and over a million Ether being staked on the new blockchain to secure its future.

At the time of writing Ethereum was trading at $595 with little movement over the past 24 hours. The rest of the top ten crypto assets were also trading sideways with less than a percentage difference in either direction. 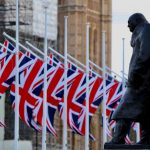