A senior commodity strategist at Bloomberg Intelligence has outlined how Bitcoin price might hit the $50,000 mark next year. According to Mike McGlone, in case of a sell-off in 2021 Q1, the $10,000 mark might act as the resistance level to hitting $50,000.

In a Twitter post, McGlone pointed out that the path of the least resistance level remains higher considering the crypto sector has made some solid gains this year. According to McGlone:

He noted that the digital currency sector has found some solidification this year, giving room for a higher price surge. His sentiments come after Bitcoin on Monday hit an all-time yearly high at $19,850, the highest price in three years.

Bitcoin on the verge of another all-time high

Bitcoin price has surged in November, a trend linked to increased uptake by institutional investors. The trend has been led by companies like MicroStrategy which now controls 38,250 BTC.

As McGlone noted, the crypto market has shown a sense of maturity, a trend tied to the entry of institutions in the sector.

Notably, the price surge has is also due to possible reduced selling pressure from whales. November has seen less amount of Bitcoin being sent to exchanges from high-net-worth investors consistently. 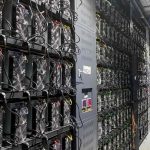