Following a sluggish start to the week, Bitcoin (BTC) is experiencing some positive price movements on Thursday, September 30th, as it looks to finish the month in the green despite extreme fear showing on the barometer.

Since Wednesday, the cryptocurrency has gained over 2%, allowing it to regain its previous high of $43,000. Interestingly, the price of other prominent cryptocurrencies has followed suit, with Ethereum (ETH) and Ripple (XRP) also seeing comparable price increases.

As the month draws to a close, it seems that a price prediction model released by the pseudonymous analyst PlanB back in June is once again coming true. Bitcoin was expected to be worth $43,000 by the end of September, based on the model.

For example, the Bitcoin Stock-to-Flow (S2F) price prediction model predicts that Bitcoin will hit six digits by the end of the year, prompting the query from expert PlanB when the second bull run starts.

Perhaps, another nation may need to follow El Salvador’s example, a large company such as Apple (NASDAQ: AAPL) or Google adopting Bitcoin, and China reversing course on its recent cryptocurrency crackdown are all possible catalysts for Bitcoin bull run.

Generally, one big piece of good news is sometimes all that is required to propel the market on a continuous upward trajectory, as was shown earlier this year when Elon Musk revealed Tesla’s (NASDAQ: TSLA) $1.5 billion Bitcoin investment.

Meanwhile, this week, El Salvador’s president, Nayib Bukele, has released a video of what seems to be the country’s Bitcoin mining plant, which appears to be fueled by energy generated by a volcano.

In June, the Central American nation became the first government to recognize Bitcoin as legal tender, and Mr. Bukele declared that the state-owned geothermal electric utility would utilize geothermal energy from the country’s volcanoes for cryptocurrency mining.

Elsewhere, crypto trading analyst Michaël van de Poppe thinks that most of the market is expecting a collapse; thus, he believes we are moving closer to a higher breakout. If Bitcoin breaks past $44,500, the next level will be $47,000.

Certified Technical Analyst @crypto_birb has said with the flashes revealing even deeper extreme fear and that the crowds are invariably incorrect at the extremes, this may be the last opportunity to buy in this bull run.

“Just like in previous cases, extreme fear historically has always been about much better buying opportunity than it was for selling. I’d expect this time to be no different. Price action consolidates around the support within the demand zone inside the extreme fear region, and this could be read much more as accumulation than distribution IMO.”

Nevertheless, despite the worldwide cryptocurrency market seeing an increase of about 2% in the past 24 hours, it still remains below the significant $2 trillion threshold. 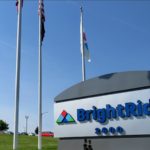