The majority of the cryptocurrency market is again in the green zone after a challenging 2022, and the market capitalization of Bitcoin (BTC) has already surpassed some of the major assets on the stock market, including Tesla (NASDAQ: TSLA).

As it happens, the market cap of Bitcoin has surpassed $440.55 billion, whereas that of the electric vehicle (EV) maker Tesla, run by business magnate Elon Musk, stood at $421.30 billion, according to the CompaniesMarketCap data retrieved on January 23.

Indeed, the flagship decentralized finance (DeFi) asset has been riding on the waves of renewed crypto optimism in 2023, adding $39.02 billion to its market cap in a single week as the global crypto market cap reclaimed $1 trillion.

With its current market capitalization, Bitcoin remains at the top of the list of all cryptocurrencies by this indicator, followed by Ethereum (ETH), according to the most recent data accessed by Finbold on the crypto tracking platform CoinMarketCap on January 23.

On the other hand, Tesla has been dealing with increased costs and supply chain interruptions affecting the automotive sector and has lost a significant amount of its share price in 2022, despite delivering a record 1.3 million vehicles, forcing it to lower the prices of its Model 3 sedan and Model Y SUV in China and the U.S.

Meanwhile, eTukTuk, the first-ever EV project created on the Cardano (ADA) network, could become a future competitor, its deployment set to start in Sri Lanka, as announced during the World Economic Forum (WEF) in Davos, demonstrating an increasing interest of EV manufacturers in the blockchain and crypto industry. 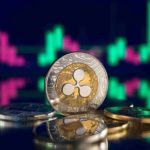