Bitcoin’s (BTC) push to exit the bear market suffered a blow after the crypto sector was hit with a high-profile liquidity crisis affecting the FTX exchange. Consequently, the flagship cryptocurrency has corrected almost to a two-year low, with bulls appearing helpless.

In this line, Kitco News analysts Jim Wyckoff on November 9 suggested that bears have a technical advantage translating to a possible sustained Bitcoin price correction.

According to Wyckoff, the FTX crisis has generally eroded investor confidence noting that the market should expect a ‘severe liquidity crunch.’

“Bears have quickly gained technical power to suggest more downside price pressure in the near term. The marketplace is still buzzing about the turmoil in the cryptocurrency markets on Tuesday that spilled over into safe-haven buying in gold and sharply boosted the yellow metal’s and silver’s prices,” he said.

Additionally, crypto analyst with the pseudonym AltcoinSherpa in a tweet on November 9, suggested that amid the current market conditions, the next Bitcoin’s price action can emulate historical trends.

According to the expert, the asset can correct to $12,000, a value that would form ‘strong resistance for Bitcoin’. He also acknowledged the $20,000 position was ‘soundly broken’.

Elsewhere, crypto trading expert Michaël van de Poppe pointed out that correcting to $10,000 is still in play, but it will depend on how the market reacts to the crisis.

“Could the markets fall towards $10K for Bitcoin? Definitely, that’s a likely possibility, or $12-14K, too, all depending on how things are going to develop from here. However, I wouldn’t dare to start shorting Bitcoin here. Rather DCA & invest,” he said.

As reported by Finbold, commodity strategist at Bloomberg Intelligence Mike McGlone pointed out that Bitcoin can find a support level at $10,000 while warning that the FTX situation could trigger a ‘macroeconomic dominoes.’

The bearish outlook has also extended to Bitcoin technicals. In particular, a summary of the one-day technicals points to a ‘strong sell’ at 16, similar to moving averages at 14. Elsewhere, oscillators are also to ‘sell’ at two.

In the meantime, Bitcoin continues with the free fall trading at $17,200 by press time, losing its value by 11% in the last 24 hours. 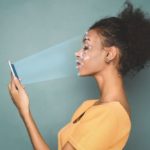