As the cryptocurrency market flashes red again, losing $165 billion in a week and dropping to its lowest levels in two months, and Bitcoin (BTC) drops below $19,000, investors and traders are looking for any kind of input on what awaits the largest token in the future.

To help them gauge the price of the maiden digital asset, some of them turn to Bitcoincenter’s rainbow price chart, introduced by Bitcointalk user ‘trolololo’ in 2014, that shows its past performance to provide a potential insight into its long-term movements.

As for the short-term middle-way ‘HODL!’ scenario, marked in yellow, it is predicted to stand at $76,160 on September 23, 2022, whereas for the year’s turn, the rainbow price chart indicates Bitcoin could be in the zone around $86,790.

It is important to note that the color bands only follow a logarithmic regression but do not represent any scientific basis. As the chart’s creators warn:

“The Rainbow Chart is not investment advice! Past performance is not an indication of future results. The Rainbow Chart is meant to be a fun way of looking at long-term price movements, disregarding the daily volatility ‘noise’. (…) In other words: It will only be correct until one day it isn’t anymore.”

Meanwhile, the market capitalization of the largest cryptocurrency, by this indicator, stands at $352.96 billion at press time, as per CoinMarketCap data. 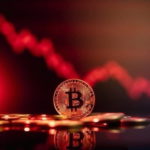