Indeed, with a market cap of $443.04 billion as of January 24, BTC is valued higher than any global bank. The capitalization has placed Bitcoin as the 16th most valuable asset globally, according to CompaniesMarketCap data.

On the other hand, Bitcoin is not backed by any hard assets, with its price susceptible to volatility while being influenced by speculation and general market sentiment.

Overall, the latest Bitcoin milestone is a testament to proponents regarding the potential of the crypto to replace the traditional banking sector once maturity is realized.

Even as Bitcoin registered a surge in market cap, several global banks are also witnessing growth despite the global economy facing uncertainty. For instance, as per a Finbold report, European Union banks controlled assets worth €29.01 trillion during the third quarter of 2022, representing year-over-year (YoY) growth of 11.54%.

The milestone by Bitcoin follows the digital asset’s impressive 2023 run, with the flagship crypto attempting to find a bottom that would likely spark a new rally. The rally saw Bitcoin briefly surpass the market cap of electric vehicle (EV) maker Tesla (NASDAQ: TSLA) as of January 23.

However, by press time, Tesla had flipped Bitcoin in market cap, with the EV manufacturer controlling $453.92 billion.

Currently, Bitcoin is attempting to break the $23,000 resistance level, having briefly breached the position in recent days. 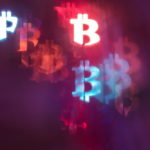