The rise of Bitcoin has continued to generate interest from different parties who aim to understand more about the asset. In this line, publications continue to emerge online, feeding information to the public.

Elsewhere, in 2021, the total number of Bitcoin-related stories published stand at 19.46 million, a growth of 77.23% from the 2020s 10.98 million. The global data on Bitcoin-related online publications is provided by Ahref.

The number of Bitcoin-related publications has grown in correlation with the asset’s surge in value. For instance, in 2021, the asset has gained almost 100% on a year-to-date basis, hitting several all-time highs amid increased adoption and increased institutional interest.

With rising Bitcoin value, there is a buzz around the asset and the general cryptocurrency sector as more people attempt to understand the latest and insightful development around the asset. Overall, with a ready audience, publishers accelerated the churning out of Bitcoin-related articles as more people sought to get information about investment opportunities, risks, price predication, alternatives to Bitcoin alongside other related content.

The buzz has been heightened by notable institutions like Tesla, PayPal, MasterCard, and banks with huge client bases are have begun offering Bitcoin-related services. Publishers are therefore responsible for explaining the implication of such development to an eager public ready to consumer the information.

Notably, with the surge in Bitcoin’s value, there is also an increase in an online publication dedicated to covering any content related to the asset. Consequently, with the extensive penetration of the internet, more Bitcoin fans and critics can easily set up online publication platforms to share their views.

Worth mentioning is that the mainstream media has also propagated online stories related to Bitcoin. At the onset of cryptocurrencies, leading mainstream platforms did not cover Bitcoin-related stories to a large extent, mainly due to the unregulated nature of the digital currencies sector.

However, with the recent surge in the asset’s value, the mainstream media has increasingly focused on Bitcoin, even having dedicated pages and segments to cover related stories. Notably, with high interest in Bitcoin, the media platforms are compelled to publish more information.

Furthermore, the platforms were previously on the spot for exhibiting recklessness in their coverage of Bitcoin-related stories. However, over the recent months, the platforms have leveraged their resources to offer in-depth coverage of the crypto space. Overall, a softer mainstream media stance has trickled down, resulting in greater acceptance of cryptocurrency among the general public.

Additionally, not all articles related to Bitcoin have had a positive outlook. Amid the asset’s value rise, critics have questioned the cryptocurrency’s long-term sustainability while highlighting negative aspects such as energy consumption and the stiff regulatory scrutiny shining on it. In this line, more articles have emerged online attempting to explain the state of Bitcoin energy consumption and the overall global regulatory outlook.

In the wake of negative headlines, Bitcoin value plunged and, in the process attracting interest from investors who intended to understand the next course of price movement. 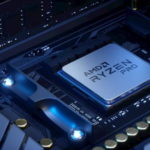