Bitcoin (BTC) is currently showing positive momentum, with the cryptocurrency undergoing a significant rally so far in January, with a 40% increase in value to reach $23,000. This marks the steepest gain for Bitcoin since October 2021.

The recent price rally has led analysts to focus on higher valuations that were last seen in mid-2022 but also anticipate further gains based on the sentiment of traditional risk assets. Bitcoin is on track for a major breakout on its 1-year chart, with the possibility of reaching $46,100 sooner than expected, after first breaking resistance levels at $25,000 and $32,000, according to data-driven investment research at Game of Trades.

“BTC has started its race engine following a massive breakout. $46k incoming sooner than a lot of investors think.”

Despite ongoing worries about the consequences from the bankruptcy of crypto exchange FTX, the rebound is impressive, given that it has passed critical resistance levels.

While a rally toward $25,000 may be possible, it may depend on traditional risk assets, led by technology companies, which have found their footing again during the last two trading days as worries about a recession have subsided, and the U.S. Federal Reserve has been less hawkish. Speculators are confident that the Fed will only raise interest rates by 25 basis points on February 1.

Interestingly, crypto trading expert Michael van de Poppe noted on January 24, that BTC faces crucial resistance at $23,100 and could test $22,300 if it the asset continues to make lower highs.

“Bitcoin couldn’t break through a crucial resistance at $23.1K. If we continue to make LHs, we’ll probably test and sweep around $22.3K before continuation. Grants some serious buying opportunities.” 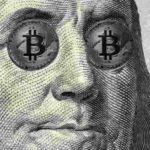 Here’s how to calculate your Bitcoin gains easily