Over $318 million shorts have been liquated on cryptocurrency exchange BitMEX over the last 30 days as of November 5th. During the same period, about $147 million longs have been liquidated on the exchange.

The massive amount of liquation has occurred in a period when the Bitcoin price movement was skewed towards the bullish side.

During the last 30 days, Bitcoin broke the crucial $13,000 resistance mark and began flashing continued signs of strength towards the end of October. By press time, the asset had hit its all-time high since January 2018 at $15,206.

The unusually high number of liquidated short positions could be correlated to the more bearish short-term outlook on the market.

Normally, Bitcoin shorts allow traders to bet against Bitcoin’s price rising. Suppose Bitcoin’s price declines, and traders can close their position and make a profit. However, if the price rises, the value of the position will decline.

Impact of BitMEX liquidation on the entire market

Liquidation of crypto longs and shorts is a common practice of the market, with traders often entering into overleveraged bets. Thus, days of significant price movements like the last month can catch some traders unawares and lead to forced liquidations.

At this point, it is too early to tell whether the liquidation of BitMEX will have any long-term effects on the market, which still appears to be gearing up for further price movement. 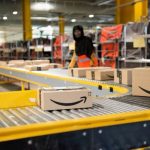