Most importantly, the 12th anniversary for Bitcoin marks the cryptocurrency’s third post-halving cycle. The halving process occurs after every four years where the Bitcoin block reward is halved.

On Bitcoin’s 12th birthday, the asset has been on a bullish trend, after breaking the $13,000 resistance mark. At some point today, Bitcoin hit the $14,000 mark, which is an all-time high since January 2018. By press time the asset was trading at $13,810 according to Coinmarketcap.com.

Several cryptocurrency opinion leaders and analysts have shared the views on the incredible journey Bitcoin has undergone. The founder of the Stock-to-flow Bitcoin model who uses the Twitter name PlanB termed the $14,000 mark as the perfect birthday gift for Bitcoin.

Meltem Demirors from CoinShares hailed Satoshi’s vision that has seen Bitcoin become an empowerment tool while playing a role in the social and economic movement.

On the other hand, BitInstant founder Charlie Shrem views Bitcoin’s inception as a global gamechanger.

Morgan Creek Digital founder A. Pompliano notes that the 9-page whitepaper will go down in history as one of the most important documents in history.

His views were echoed by another crypto figure Arthur van Pelt who considers the Bitcoin whitepaper as the most influential whitepaper of the 21st century.

Cryptocurrency analyst Joseph Young highlighted some of the major financial institutions showing interest in Bitcoin. For example, JPMorgan has sparked a conversation on whether Bitcoin is a better measure of wealth compared to Gold.

Marty’s Bent Editor in Chief Marty Bent compares Bitcoin to other historical documents like the Martin Luther King thesis. He notes that it will be curious to learn how Bitcoin will be utilized among states.

Recently Bitcoin has seen a spike in volatility and the $14,000 mark is forming a crucial resistance level. Analysts expect Bitcoin to consolidate under $14,000 with attempts to break out. 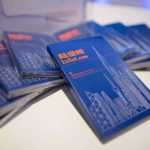