After weeks of heightened volatility, Bitcoin has for the first time traded above a key technical level since May.

On Saturday the number one cryptocurrency surged above the 50-day moving average sustaining the rise on Sunday. By press time, the asset was trading at $34,296 having gained almost 2% over the last 24 hours.

The latest price movement comes as a relief considering that early in the week, the cryptocurrency traded below the crucial $30,000 support level. The crypto recovered after plunging to $29,000 on Tuesday.

According to Pankaj Balani, the CEO of crypto-derivatives exchange Delta Exchange, Bitcoin might face some resistance on the way to hitting $35,000.

The recent momentum comes in the wake of the B-Word conference where Tesla CEO Elon Musk said that the company will likely accept Bitcoin payments again in the future. Additionally, barely two months ago, Tesla stopped accepting Bitcoin citing the asset’s carbon footprint.

Besides increased crackdown from China, the move by Tesla resulted in a major price correction with Bitcoin struggling to trade above the $30,000 mark.

Musk further added that his goal is for Bitcoin to succeed while at the same time revealed that his space exploration SpaceX owns some of the assets.

“If the price of bitcoin goes down, I lose money. I might pump, but I don’t dump. I definitely do not believe in getting the price high and selling or anything like that… I would like to see bitcoin succeed,” Musk said.

Musk added that he is currently studying the Bitcoin environmental impact. At the same time, the Bitcoin Mining Council issued a report stating that most of the Bitcoin network is now powered by renewable energy. 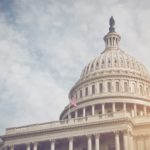 Study: Over 60% of U.S. investors started buying crypto in the past 6 months