Robert Breedlove, the founder of crypto investment firm Parallax Digital has suggested that Bitcoin (BTC) stands a big chance of recording a significant spike in future mainly driven by a drop in the purchasing power of the dollar.

According to Breedlove, his model places Bitcoin to trade at $12.5 million by 2031, a value equivalent to $1 million based on today’s purchasing power, he said during an appearance on Altcoin Daily podcast on September 13.

“I’m going to stand by that prediction today. I know the DXY [US dollar index] is way up recently but I sort of expect this thing to get volatile before it breaks down. If that is the case, then I have a matching Bitcoin price prediction of $12.5 million US per Bitcoin by the year 2031.”

He notes that the dollar is hyperinflated and will potentially drop to zero by 2035.

“A caveat there is that that would only be a $1 million Bitcoin price in 2020 dollars, so the purchasing power of 2020 at the time I made the prediction, would be the equivalent of $1 million US in Bitcoin,” he added.

Furthermore, Breedlove, noted that once the dollar hits its bottom of zero, there will be no need of pricing Bitcoin anymore.

​Interestingly, the former hedge fund manager’s sentiments come during a period when the dollar is running rampant against most global fiat currencies. Notably, the situation appears to work in Bitcoin’s favor as more investors ditch their local currencies to invest in Bitcoin.

Consequently, Bitcoin has registered a spike in trading volume that culminated in a high of $42.68 billion as of September 29.

Despite holding a bullish stand on Bitcoin, Breedlove had earlier predicted that the asset faces a threat of being wiped out by several black swan events.

As reported by Finbold, Breedlove pointed out that singling out the specific event is challenging but any incident that radically reduces the hash rate will potentially lead to a Bitcoin wipeout.

Furthermore, he pointed out that the regulatory aspect is key in Bitcoin’s future. He noted that if Bitcoin threatens the existence of the traditional financial sector, regulators might step in. 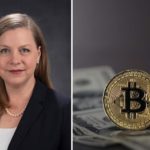