Robert Breedlove, CEO of Parallax Digital, has said despite Bitcoin being the most secure computing network in human history, several black swan events can potentially wipe out the asset.

Speaking to Kitco News, Breedlove acknowledged that identifying the specific event is challenging, but any incident that radically reduces the hash rate will dim Bitcoin’s future.

He stated that the hash rate plunged in the wake of China’s Bitcoin mining ban, but the asset has managed to recover.

However, Breedlove notes that if China, the world’s most policed state, failed to stop mining, no other country could successfully outlaw Bitcoin and related activities.

“What will cause me to change the tune I’m singing about Bitcoin is the realization of a black swan that radically depresses the hash rate. The hash rate is how much energy and capital is allocated towards Bitcoin production and security, which I would expect to be reflected in the price. It would take a heck of a beating because right now, Bitcoin is by far the most secure computing network in human history,” said Breedlove.

He also cited changes in protocol layer, cosmological event, and an electromagnetic pulse as other potential threats to the cryptocurrency’s existence.

The threat of regulations

At the same time, Breedlove stated the current known threat to Bitcoin is regulatory. He noted that based on the threat posed by Bitcoin to the traditional financial system, regulators might implement harsh regulations similar to Executive Order 6102 in the 1930s that saw the government outlaw private ownership of gold.

However, he views Bitcoin to have the upper hand due to its decentralized nature and portability.

He also pointed out that traditional financial institutions have already realized the threat of Bitcoin. For instance, Breedlove singled out the International Monetary Fund’s warning after El Salvador adopted Bitcoin as a legal tender.

According to the executive, the warning is disguised in protecting financial stability, but in reality, it’s based on attempts to clip Bitcoin’s growing dominance.

On Bitcoin’s future outlook, Breedlove stated that the asset could attain a market cap of about $5 trillion in the next five years.

Although the asset’s market cap has significantly reduced in 2022, he believes the target is near since Bitcoin has surpassed the $1 trillion capitalization at some point.

Watch the full video: Bitcoin’s ‘black swan’ event that would wipe the crypto out – Robert Breedlove 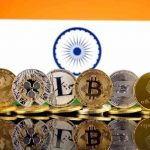 Petition to reduce 30% crypto tax in India garners over 15,000 signatures in hours