As the cryptocurrency market flashes green again, Bitcoin (BTC) as its largest asset is one of the forces fuelling its recovery, growing nearly 13% over the week and taking the lead on the daily crypto trending chart.

Indeed, as of September 13, the maiden decentralized finance (DeFi) token has emerged as the most trending crypto, leading the 24-hour chart ahead of Reef (REEF), Shiba Inu (SHIB), PancakeSwap (CAKE), and Ethereum (ETH), according to data retrieved from CoinMarketCap.

Increased interest in Bitcoin has been stoked by online chatter that the cryptocurrency’s halving event might take place sooner than originally expected. It is worth remembering that halving is the event after which the reward for mining a crypto block is halved, which happens approximately every four years, which means that the next halving is set to take place in 2024.

What started the rumor?

As it happens, the rumors were started thanks to the record-breaking hashrate (the computing power required to approve the transactions and secure the network) that Bitcoin has been recording recently, which some people interpreted as the hastened halving schedule.

However, the rumors seem to be unfounded as Bitcoin’s algorithm by design prevents any dramatic acceleration of this schedule, including through a jump in hash rate, by adjusting the difficulty to match the external factors at play during the relevant period, as CoinDesk explained.

As for the runner-up on the list – Reef is a layer-1 Substrate-based blockchain that introduced the highly anticipated Reef Card in late August. The card comes as a physical Mastercard debit card and with Google Play, allowing holders to spend their crypto and have their card convert it to fiat during purchase.

Dog meme cryptocurrency Shiba Inu owes its third place to the sudden bullish rally from four days ago when it soared nearly 20% in less than 48 hours, tied closely to the recovery of the general crypto market. The coin has recently also surpassed 1.2 million holders, as Finbold reported.

In fourth place, PancakeSwap has been on an overall bullish trend since mid-June, despite recording a few price dips since then, which could account for the increased interest among investors and traders recently.

Finally, Ethereum, which dominated the seven-day crypto trending chart as of September 5, has dropped to the fifth position, but still garnering plenty of interest due to the upcoming Merge update that is now only days away with ETH circulation compared to market cap now showing the most bullish divergence since May 2021. 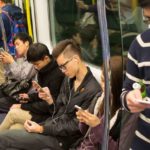