After the FTX chaos died down, the majority of assets on the cryptocurrency market have been seeing uneventful chart patterns in recent weeks, with the industry’s main representative, Bitcoin (BTC), measuring record-low volatility.

Indeed, Bitcoin hasn’t moved out of the $16,600 – $16,900 range since December 16, in a sideways trading pattern that followed a dramatic decline after the collapse of FTX, once one of the largest crypto exchanges in the world, as noted by crypto analyst IncomeSharks on December 25.

As it happens, the FTX crash had added more pressure on the BTC price, which was seen declining since its 2022 high of $47,905 recorded on March 28 and still struggles to make any significant movement in any direction in what the analyst referred to as “do nothing December.”

At the same time, IncomeSharks expressed hope “for the price to take off,” stating that the stagnant Bitcoin price looked like the flagship decentralized finance (DeFi) token was “trying to build a runway.”

Meanwhile, another pseudonymous crypto expert, known as Stockmoney Lizards, said on December 25 that it was “a matter of time” before Bitcoin makes a breakout, as it was forming double falling wedges, a pattern that typically indicates that bulls could be preparing for a rally.

Crypto analyst Trader Tardigrade also observed that “Bitcoin failed to continue the ABC down-driving pattern,” considering that “BTC used to spend 32 days to complete ‘B’ wave and then break to the downside with a new low. However, it has been overdue for this time.”

Notably, Finbold earlier reported on a crypto analyst seeing $9,000 as a foundation for the maiden crypto asset to start a new rally, whereas BTC has shown faster funding rates recovery after the FTX implosion than after previous capitulation events, including Covid and China crypto ban.

In the meantime, reputable crypto analyst Vince Prince pointed out that Bitcoin has formed the ‘Merry Christmas Cycle’ in 2022, the same pattern that emerged during the last three Christmases, indicating the end of the bear market and the start of the new Christmas cycle, possibly culminating to around $1.8 million by Christmas 2026.

Should the above patterns prove bullish for Bitcoin, and it manages to take off from the sideways “runway,” break out from the double falling wedges, and retain the positive momentum towards the analysts’ (in some cases very high) expectations, while no unforeseen events like the FTX fall happen, then a rally is indeed likely. 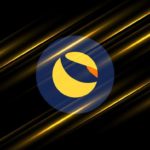