Although Bitcoin (BTC) has been trading in a sideways pattern in recent days, as the aftermath of the FTX collapse still pressures the cryptocurrency market, its funding rates are recovering faster than following previous capitulation events.

Specifically, since the crash of what used to be one of the largest crypto exchanges in the world, Bitcoin’s funding rates are healing faster than after Covid and the China crypto ban, demonstrating bullish sentiment, as observed by crypto analytics platform CryptoQuant on December 22.

As demonstrated on the chart, Bitcoin’s funding rates on all exchanges (SMA 14 – simple moving averages on 14 periods) have indeed made a slower recovery from the negative to the positive zone during the crises induced by Covid and China ban than they have after the FTX crash.

What does this mean?

As the platform explained:

Furthermore, positive funding rates indicate dominant long sentiment or “that long-position traders are prevalent and are willing to pay funding to short traders” and that “many traders are bullish.”

On the other hand, negative funding rates imply dominant short sentiment, indicating that “short-position traders are dominant and are willing to pay long-position traders,” demonstrating a bearish attitude.

That said, the experts at CryptoQuant have stated that additional bankruptcies of crypto companies, as the aftershocks of the FTX implosion are still felt, would pressure the return of Bitcoin funding rates back into the negative zone.

Meanwhile, Bitcoin’s price action in the past demonstrates a recovery could indeed be in store over the next three years, considering there is a pattern of a year when Bitcoin achieved its all-time high (ATH) being followed by a bear market year on several occasions.

It is also worth mentioning that the legendary American value investor Bill Miller has voiced his surprise at Bitcoin’s performance amid the current crisis in the sector, projecting it would likely perform even better in the future as the Federal Reserve eases its monetary policy, as Finbold reported.

As things stand, the flagship digital asset has been changing hands at the price of $16,836.69, demonstrating a 0.08% decline over the past 24 hours, as well as a 1.32% drop compared to seven days before, but still a 1.76% increase on the monthly chart, as per data retrieved on December 23.

For the moment, both Bitcoin bears and bulls seem to hold equal power as the maiden cryptocurrency isn’t finding significant fundamental external triggers that would initiate a bullish rally, suggesting a protracted sideways trend toward the end of the year is possible. 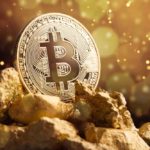