After Bitcoin hit a new all-time high of $58,300, the asset slumped by almost $13,000, with whales activity partly impacting the overall market.

Data by on-chain analytics platform Santiment shows that the recent Bitcoin correction was potentially initiated by a whale who moved 2,700 BTC worth $156.6 million at $58,000 per token. The transaction is the second-largest in 2021. Santiment notes that:

“As we noted yesterday, there was an 11x exchange inflow spike that initiated Bitcoin’s price correction from its $58.3k ATH. Further data combing revealed that an address was responsible for the 2nd largest BTC transaction of the year, an import of 2,700 tokens to the wallet.”

The data offers a glimpse at the reason behind the sudden price slump. However, Bitcoin briefly recovered to trade at $54,000 before plunging further to below $50,000. By press time, the asset was trading at $48,541, according to data provided by CoinMarketCap.

Interestingly, Santiment points out that the same address was at the center of a significant transaction in March 2020. The address sold its Bitcoin holding immediately before the digital asset plunged by almost 60% to trade at $3,600.

Although the single wallet might not be responsible for the entire Bitcoin correction, the activity focuses on whales’ role. Some analysts believe the high Bitcoin transaction involves large investors cashing in on profits following the new record price.

Furthermore, on February 21, another whale was responsible for moving 4,501 Bitcoin equivalent to $256 million, according to Whale Alert’s data.

The current rally was initiated by institutional investors who converted a big percent of their cash into Bitcoin. The recent record price emerged after electric vehicle manufacturer Tesla (NASDAQ: TSLA) revealed a $1.5 billion investment in Bitcoin. 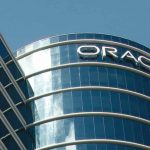