Binance Coin (BNB) recent price rise has painted a possible technical analysis signal on the chart indicating an upward target of $500, according to the cryptocurrency consulting and educational platform Eight Global.

It appears that BNB is staying within the boundaries of the support and resistance levels, suggesting that if the present support zone continues to hold, the price will most likely continue to rise until it reaches $500.

“$BNB is respecting the support and resistance levels as shown on the chart. If the current support zone keeps holding, the price will likely continue up to ~$500.”

To be clear, support and resistance levels are displayed against Tether (USDT) in green and red, respectively. The first level of support is approximately about 440 USDT and the second level is at 398 USDT.

Notably, BNB was initially encountering resistance between 450 and 470 USDT; however, this level has now been recognized as support, indicating that the currency may go higher to the $500 level.

With a total market capitalization of $77.2 billion, Binance Coin is currently the third most valuable cryptocurrency in terms of value, after Bitcoin (BTC) and Ethereum (ETH).

Following reports that Binance had launched a $1 billion fund to encourage more activity on its Binance Smart Chain (BSC) and the broader blockchain sector on October 12, BNB saw significant gains, rising almost 20% in less than 24 hours.

It appears that the announcement of Binance’s $1 billion expansion fund boosted investor confidence in the cryptocurrency, which resulted in a significant rise in demand for BNB.

Furthermore, the BSC Accelerator Fund which is designed to support dApps building on BSC will allocate $300 million to initiatives that will develop decentralized apps on top of the blockchain.

When it comes to blockchain initiatives, crypto traders and investors often consider incubation events to be bullish for their native assets. As a result of such occurrences, developers are more likely to create new projects on dedicated public or private ledgers, which increases the demand for their own tokens.

Overall, given that Binance Coin is primarily used to pay transaction and trading fees on the Binance exchange and that the Binance Smart Chain has reduced transaction costs, the presence of this growth fund is promising for Binance Coin’s long-term development prospects. 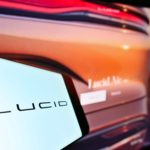