As the price of Dogecoin (DOGE) fluctuates over the past several weeks, influenced by the general cryptocurrency market sentiment, investors and traders are wondering whether the meme token will improve by the end of the year and hit the $1 mark.

As it happens, the long-term price forecasts by a consensus of 33 crypto and Web3 fintech industry experts place the token’s price closer to $0.16 by the end of the year, or $0.84 less than the hopeful $1 level, according to the results of the latest Finder price predictions report on July 19.

Back in January, before the major crypto rout, these experts did believe the price of DOGE would reach $0.92 (closer to the $1 mark) a bit further down the road – by the end of 2030. However, these predictions are no longer as bullish and now stand at $0.54.

By the end of 2025, these experts expect DOGE to increase to $0.32, as opposed to their previous predictions from January, when they forecast it would reach $0.57.

No value without utility?

According to the Finder’s founder Fred Schebesta, DOGE has a special place in the crypto world as the original meme coin. As he explained:

“This shouldn’t be underestimated in the world of cryptocurrency where breaking traditional methods for identifying value is a cherished pastime. Investors can likely sit tight knowing that while there will be more, and others will come and go, Doge will forever be the original. Perhaps it’s not unlikely to expect the market to remember that from time to time. ”

On the other hand, Vanessa Harris, the chief product officer at tokenized Web3 advertising platform Permission, believes that meme coins like DOGE and Shiba Inu (SHIB) were a product of 2021 when they captured the attention of first-time crypto investors, and are bound to be abandoned in the future. According to her:

“In 2022, we will see the lustre wear off as memecoins’ lack of true utility causes investors to seek more fruitful investments. The dog coins may not survive in the top 100, but they will always have a place in our hearts for the memes and camaraderie they inspired.”

In order to increase its value, the Dogecoin Foundation has recently launched the Dogecoin Trailmap, which details the plans to boost the token’s utility. However, 53.6% of the 28 respondents to Finder’s January survey believe that DOGE will not be able to rebrand itself from a meme coin to a utility coin.

By comparison, 17.9% of the panel believes it just might succeed in its rebranding, while 28.6% of the panelists remain undecided. 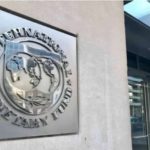