The COVID-induced constraints in the supply chain have negatively affected the Chinese electric vehicle (EV) manufacturers Li Auto and other similar companies such as Nio Inc (NYSE: NIO). However, Li Auto remains upbeat about the company’s prospects for future expansion because of its lineup of cutting-edge automobiles. Since it started making delivery of its L9 SUVs on August 30, the company has seen a healthy amount of demand for these vehicles.

Meanwhile, the luxury six-seater SUV that the firm manufactures, known as the Li L8, had its formal delivery launch on November 10 of this year, and the firm is currently finalizing preparations to begin delivering the Li L7 SUV in the first quarter of 2023.

In the last month, LI has been trading in the $13.09 – $19.63 range, which is quite wide. Since it is currently trading in the middle of this range, some resistance may be found above. Notably, a resistance level is at $18.97, formed by multiple trend lines in various time frames.

Considerably lower volume has been observed in the last couple of days. LI does present a decent setup opportunity with the prices consolidating lately, and the volatility has been reduced just above the resistance zone above the current price; starting at $18.97 could be a position to find an entry.

Meanwhile, the oscillators indicate a ‘neutral’ sentiment at eight, according to the data obtained from the market analytics platform TradingView on November 23.

Based on 26 analysts giving a year price target to Li Auto Inc. in the past three months, they estimate an average price of $29.69, a 77.49% increase from the EV stock’s current price.

LI is awaiting new sales to kick in

At the beginning of this month, Li Auto revealed that its deliveries for October increased by 10,052 units, a year-over-year increase of 31.4%. However, compared to the previous month of September, October deliveries were roughly 13% lower.

Tim Hsiao, an analyst at Morgan Stanley, pointed out that Li Auto’s sales in October were in line with market expectations and that this highlighted the company’s solid execution despite the ongoing scarcity of components.

Hsiao noted, “Meanwhile, stable deliveries of L9 hovering around 10k for the second consecutive month should ease market concerns over slowing L9 demand and underpin volume upside into Nov/Dec when contribution from L8 starts kicking in.”

Even though there are still problems with the supply chain and production delays, it is expected that there will be a turnaround starting in the early part of 2023. This will be aided by the government’s steady shift away from COVID zero. 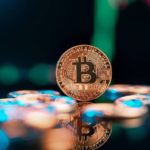