The new A13 series will contain two distinct models, each of which will be powered by modern ASIC technology. Compared to their predecessors, these new mining models will have greater power efficiency and increased computational power.

“The launch of our new generation Bitcoin mining machine is a key research and development milestone as we take our pursuit of higher computing power, better power efficiency, superior user experience, and optimal cost effectiveness to a whole new level.”

“We believe that our new generation products will enable us to better fulfill our mission of supporting the Bitcoin ecosystem by providing superior products, solutions, and services.”

Notably, Finbold reported two weeks ago on October 10 that although the price of Bitcoin (BTC), the largest cryptocurrency by market capitalization, had been stabilizing, the BTC mining difficulty as of October 10 was 35.61 trillion, which is not only its new all-time high but also the sharpest increase since May 13, 2021 (+13.55%).

Meanwhile, Frank Holmes, CEO of investment firm U.S. Global Investors, believes that the threshold price below which Bitcoin miners could halt their operations is $12,000, as this is the break-even when they become unprofitable, as if the price of the maiden digital asset drops significantly, it might become less profitable to mine it.

Finally, in light of an ongoing debate over the impact of Bitcoin mining on the environment, the Bitcoin Mining Council (BMC) has presented new facts asserting that for Q3 2022 global BTC mining consumes only 0.16% of the world’s energy production. 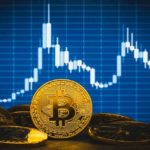