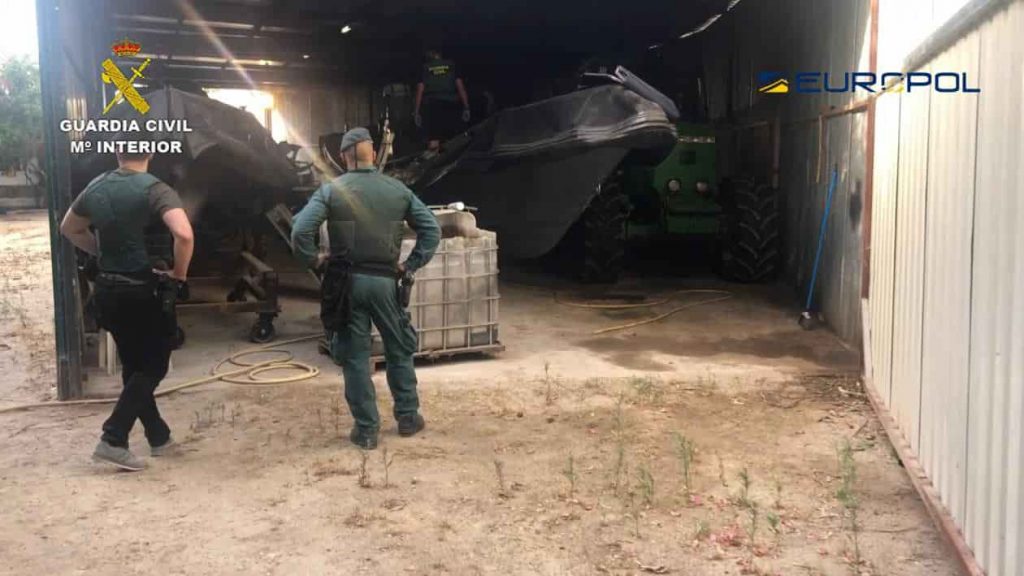 Spanish authorities have reigned in on an organized criminal group at the center of drug smuggling and money laundering. The group, Clan de los Pinchos, was dismantled in collaboration between the Spanish Civil Guard (Guardia Civil) and Europol, as reported by the authorities on September 13, 2020.

The gang smuggled cannabis from Morocco to the Spanish territories of Algeciras and Campo de Gibraltar. The group deploys speedboats and small piers popularly known as narco jetty to move the drugs.

About 64 suspects are in police custody following a raid on July 7 this year. The Spanish Guard raided eight locations confiscating 8,000 kg of cannabis, four high-speed boats, two semi-rigid boats, and 16 vehicles. Additionally, the authorities also got hold of bank accounts and real estate worth more than €3 million.

The Clan de los Pinchos, is a close tight group that has kept their criminal activities undercover. The group works together with other organized criminals in a violent network of hashish drug traffickers operating in Gibraltar.

The group usually supplies other criminals with three to six tonnes of cannabis a month. With the help of shell companies, the group then invests drug proceeds in properties. The shell companies are responsible for purchasing nautical equipment for the speedboats transporting the drugs.

The Europol provided The Spanish Guard with information alongside providing analytical support with phone extraction capabilities.