Ahead of the upgrade, the company pointed out that core engineering teams involved have carried out intensive testing and integration efforts to guarantee a positive outcome, IOHK said in a blog post published on September 16.

In the post, IOHK stressed the importance of the Vasil hard fork emerging as planned.

“There are multiple ecosystem stakeholders to be considered. Ensuring that any upgrade is safe and secure, and that players across the Cardano ecosystem are fully ready has always been paramount,” IOHK said.

As reported by Finbold on August 19, at some point, Cardano was onboarding five new Plutus scripts daily. Overall, the number of smart contracts on the platform surpassed the 3,000 mark for the first time at the start of August.

With Vasil, the upgrade is also expected to unlock several functionalities, like reference inputs, that enable data sharing on-chain. The feature will facilitate access to information stored on the blockchain without spending and re-creating UTXOs (unspent transaction output).

Elsewhere, Vasil will unlock the reference script functionality projected to reduce transaction size, improve throughput, and lower script execution costs. The upgrade enables developers to reference a script without incorporating it in each transaction.

Furthermore, IOHK pointed out that Vasil will tackle the issue of validation on the blockchain. In this case, the upgrade optimizes Ouroboros’ Verifiable Random Function (VRF) process, which triggers faster block validation and network syncing times. The benefits occur with affecting the security on the user’s side.

What’s next after the Vasil upgrade?

It is worth noting that the Vasil hard fork has faced several delays, with Cardano founder Charles Hoskinson blasting individuals who questioned the slowed progress. However, Hoskinson maintained that there was a need to conduct further tests to ensure the upgrade ran smoothly. 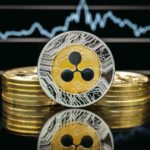