The Cardano (ADA) network hit the milestone of 3,000 smart contracts at the beginning of August, and since then, the decentralized finance (DeFi) network has shown no signs of slowing down after the blockchain successfully completed the Vasil hard fork on September 22.

Notably, the hard fork with the update promising to improve the network scalability carried on with the growth with 100 new Plutus Scripts (a Cardano-based smart contracts platform) added in two weeks since Vasil.

As of September 22, the date of the hard fork update, the number of smart contracts stood at 3,292 compared with October 6 with 3,392. The figures represent an increase of 100 smart contracts in 14 days, according to data acquired by Finbold using statistics from Cardano Blockchain Insights.

Incorporating smart contract functionality, increasing the blockchain’s speed and scalability, providing a DeFi application development platform, and making the blockchain programmable are just a few of the many improvements introduced by the Alonso update in September 2021, and these improvements continue to accrue to the network with the latest Vasil hard fork.

In spite of the Vasil hard fork, it has not been successful in gaining substantial momentum so far in terms of staking value. On October 6, the total value locked (TVL) in Cardano dropped below $80 million for the first time since January 2022.

Nevertheless, the crypto community at CoinMarketCap remain bullish on the price of Cardano by the end of October, its member votes estimated that ADA would trade at $0.5873, over 36% more than its price at the time these predictions were collected. 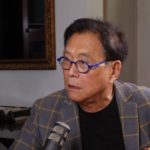