Cardano (ADA) has sustained a bullish sentiments despite the cryptocurrency market carnage witnessed over the weekend amid escalating regulation concerns in China.

By press time, the asset was trading at $1.74, emerging as the biggest gainer among the top ten cryptocurrencies by market cap at 12.5% over the last 24 hours, according to data provided by Coinmarketcap.com.

The price movement shows positive signs considering that the general cryptocurrency market has struggled since last week, with bitcoin erasing most of the gains made during the 2021 bull run. Besides regulatory concerns, interest rates and inflation worries played a role in the market’s collapse.

The bullish momentum aligns with Cardano’s growth in the last few months when the blockchain recorded significant development like the attainment of 100% decentralization for block production. Elsewhere, Cardano acquired a real-world use case after signing a deal with the Ethiopian government to streamline the country’s education system through resource sharing.

Notably, the growth and adoption will likely continue as the network rolls out smart contract features that will facilitate the development of decentralized applications. Amid this development, what next for the Cardano price?

Cardano aims to surpass the $2 resistance level after attaining its all-time high on May 16th, but the gains were wiped out three days later. The steady rise of ADA is giving analysts the justification that Cardano might be undervalued.

Surpassing the $1.7 mark is key to ADA’s upward momentum as it searches for a new all-time high. If the price drops further below the mark, then the recent rally can only be classified as a relief price movement.

However, if ADA sustains trading above the level, the momentum will potentially break the $2 barrier. Furthermore, $2 is a major possibility considering the asset’s recent growth and network development.

Notably, our recent research showed that between January 1 and May 17, 2021, wallets holding ADA with a value of at least $1 million spiked 1,231% from 504 to 6,710. This an indicator that there is a general bullish mood around ADA. 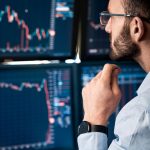 3 recent IPOs that should gain momentum in 2021