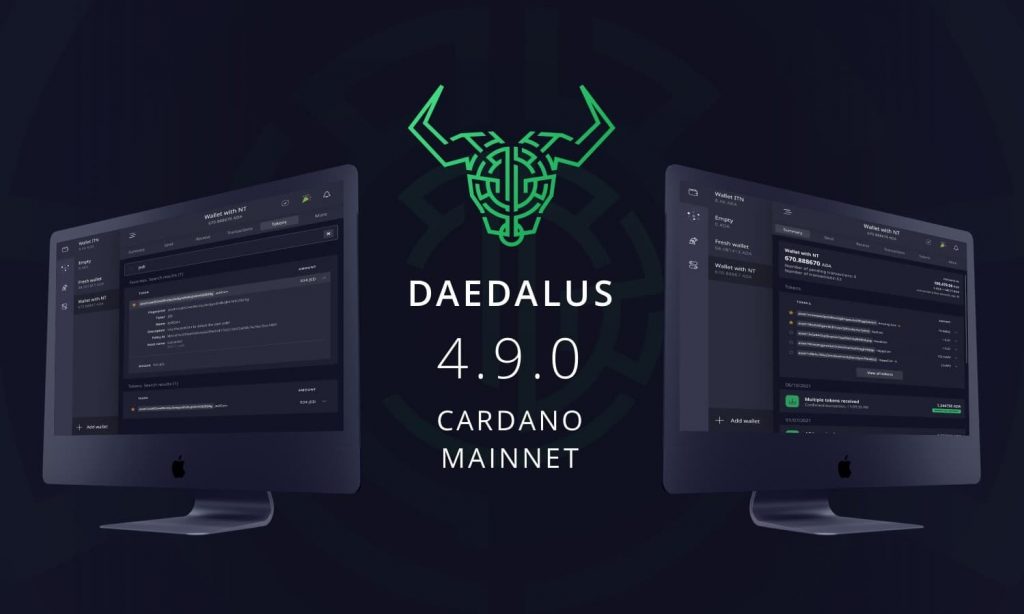 The Proof-of-Stake blockchain platform Cardano (ADA) has recently launched on the mainnet a new upgrade of its Daedalus wallet, with several user interface (UI) improvements.

Cardano announced this update on the IOHK YouTube channel on Thursday, March 3, along with posting the release notes on its website. Both explain in great detail the improvements and new features.

Daedalus is a full-node wallet, which means that an instance of Cardano node runs in your system every time you use it, giving you direct access to the blockchain. The wallet runs the Ouroboros protocol locally, without any intermediaries or third-party intervention, providing a high level of decentralization and security.

The new version of the wallet, Daedalus 4.9.0, uses the Cardano Node 1.33.0, introducing dramatic enhancements in terms of synchronization times and memory usage reduction. It also provides the user with more information about what the node is doing ‘under the hood’, particularly at startup.

The ins and outs of the new update

According to Carlos Lopez de Lara, Cardano’s technical support agent, the process of sending native tokens has been made simpler.

The new token picker dialog displays all the information about the token, including the fingerprint, ticker, name, description, policy ID, asset name, and balance. The user only needs to tick the box to select the tokens they wish to transact and enter the amount.

As Lopez de Lara explained in the video:

He added that the wallets menu has been improved for better navigation, with the addition of sorting and filtering features.

Another improvement is the table view of users’ current delegation settings.

Finally, the update has fixed the Windows 11 issue that caused available disk space to display incorrectly on this operating system.

Cardano has recently broken records with its total value locked hitting an all-time high on March 2 with $133.39 million, surpassing its previous record of February 17.

The platform also recorded an increase in the number of wallets during February, with nearly 5,000 added daily.