In 2022, as the Cardano (ADA) blockchain continues to expand, the number of wallets storing the network’s native currency, ADA, has climbed dramatically.

Note that the number of Cardano wallets has increased by 3.66% since the beginning of February 2022, growing from 299,241,7 on February 1 to 3,101,997 on February 24, representing a total increase of 109,580, according to the statistics released by Cardano Blockchain Insights.

Since the start of February, a total of 4,565 new wallets have been added to the network on a daily basis.

As per Finbold’s in-depth analysis on the 11 ways Cardano plans to scale in 2022, the changes have led to additional interest from investors. For instance, recent data has revealed that Cardano is 47,000 times more energy-efficient than Bitcoin.

The energy usage of the Whole Network TWh for Cardano is 0.00277429; in contrast, Bitcoin uses 131.0 TWh per year more than entire countries like Ukraine and Norway,

Currently, ADA is trading at $0.87, up 13.42% in the last 24 hours and down 14.6% across the previous seven days, according to CoinMarketCap data, as investors continue to buy Cardano despite the recent market selloff.

ADA is expected to conclude the year with a price of $2.72 and reach as high as $8 by the end of 2025, according to a group of crypto specialists.

The Cardano price forecast for 2022, on the other hand, may help you assess whether or not the cryptocurrency can acquire that value. 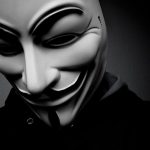