The increase in Cardano’s total staked wallets comes ahead of the highly anticipated Alonzo Purple upgrade slated for September 12. The announcement powered ADA’s price to gain trading at $2.01 by press time with a market cap of $65 billion. The asset is now looking at surpassing the $2.39 all-time high attained in May.

Recently, ADA staking has been made available to most investors with several platforms increasingly giving investors exposure to Cardano staking. Recently, Canada’s publicly-traded company iMining included Cardano to its list of supported assets for its staking services. The initiative is targeting institutional investors. Elsewhere, investors can stake ADA through the U.S.-based cryptocurrency exchange Kraken.

The growth in ADA-staked wallets can also be attributed to Cardano’s staking model. The platform offers consistent rewards that are often distributed to stakers. Additionally, ADA is simple to understand and more accessible to the average investor while offering an ower barrier to entry than competitors.

Furthermore, the upcoming upgrade correlates with increased activity on the Cardano network that has impacted the token’s price. The upcoming September upgrade ​​will see the network integrate smart contracts. The smart contract introduction is a significant milestone for the network competing directly with Ethereum. This latest update follows the White hard fork.

According to the CEO of Cardano, Charles Hoskinson, users will be able to run smart contracts the moment hard fork comes on.

As Cardano continues to record growth, the network has become a target of scammers.

Recently, a fake website allegedly belonging to the Daedalus crypto wallet was marketed on the digital distribution platform Discord with the intention to scam users of their ADA holdings.

The website mirrored the verified Daedalus website while promising users a new upgraded wallet with the ability to directly convert crypto into fiat. 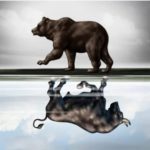