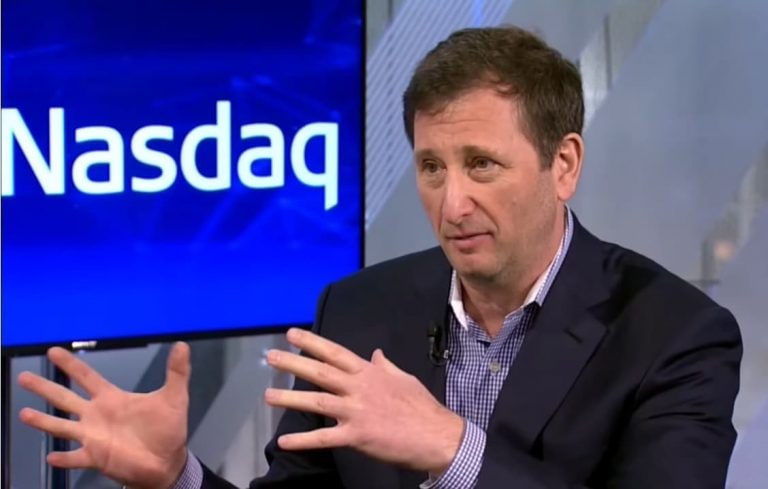 Alex Mashinsky, the CEO of Celsius Network, has said the ongoing conflict between Russia and Ukraine has acted as a catalyst helping Bitcoin establish a critical support level at $30,000.

Speaking to Kitco News, Mashnsky stated although Bitcoin was touted to gain in such a high tension environment, the asset’s correlation with the stock has contributed to its correction.

According to Mashnsky, Bitcoin will be crowned as the digital gold once the cryptocurrency decouples from the stock market. The executive believes the correlation between the two asset classes is because the same traders are investing in equities and Bitcoin.

Mashinsky insinuated that as the market continues to suffer from the impact of the geopolitical tensions, Bitcoin will likely correct since the asset has several years ahead to stand on its own.

“I think for this conflict, this is the bottom for Bitcoin. We have very strong support at the $30,000 level. <…> So I think it might take another few years for us to see that decoupling, and you will start seeing Bitcoin as a safe asset rather than the correlated asset to the stock market,” said Mashsky.

By press time, Bitcoin had made significant recoveries to trade at $38,200, making gains of almost 8% in the last 24 hours.

Gold emerging as the safe haven asset amid geopolitical tension

In the run to the invasion, the markets have been focusing on safe-haven assets, with Bitcoin and gold emerging as crucial contenders. However, gold is standing on top with several related products driving interests from the general map.

As reported by Finbold, as of February 24, gold had attracted almost $1 trillion in capital over the last 30 days when tensions escalated between the two nations.

In general, Mashnsky stated that Russian President Vladimir Putin’s decision to invade Ukraine has slowed down the global economy. According to the executive, the uncertainty emanating from the conflict will linger on for long.

“What if it’s a prolonged war in Ukraine and the U.S. has to intervene, or if NATO has to intervene. All these things create uncertainty. They create less willingness from banks and financial institutions to lend,” he said.

He believes that Putin aims to reunite the former Soviet Union, noting that critical global economy players will be held back by fears over the possibility of Russia invading another country.