Customers of the collapsed cryptocurrency lending platform Celsius Network are still awaiting the outcome regarding receiving their funds as the company goes through bankruptcy proceedings.

In early December, Celsius customers received some relief after the court directed the lender to return deposits to specific customers whose funds were not mixed with other assets. As the bankruptcy hearing proceeds, Celsius announced on January 3 that it had filed a motion to extend the bar date. In this case, the bar date refers to the deadline to file a proof of claim against a debtor in bankruptcy proceedings.

Therefore, Celsius is expected back in court on January 10, when the motion will be heard. In the meantime, the bar date has been extended pending the motion hearing. If the motion is ruled in favor of Celsius, the date will likely be extended to February 9, 2023.

Indeed, as the hearing that began last year continues, former Celsius account holders have raised their frustration with the process, raising issues such as the slow progress alongside high fees.

However, a United States bankruptcy judge on January 3 ruled that the troubled lender owns a significant share of cryptocurrency that customers deposited into its online platform. Notably, the funds in question amount to about $4.2 billion affecting approximately 600,000 accounts. The ruling, therefore, means that most Celsius customers will be given the least priority for repayment after the bankruptcy hearing.

At the same time, although Celsius has opted to scale down its operational costs, the company still faces challenges with liquidity. Notably, the platform’s troubles began after halting withdrawals citing issues with liquidity.

As things stand, a company consultant testified before the court that if Celsius is granted a chance to sell $18 million worth of stablecoins, its business operations will continue for another month as the company estimates that its liquidity will likely be exhausted by March.

Furthermore, it’s worth mentioning that as Celsius battles to reimburse its customers, Bitcoin (BTC) miner Core Scientific (CORZ) will close mining rigs linked to Celsius Mining. Celsius Mining, the subsidiary of Celsius Network, is ranked as Core’s largest client, with over 37,000 machines.

Interestingly, both firms are undergoing a bankruptcy hearing, having been involved in an ongoing ligation regarding their mining contracts.

Indeed, Celsius was among the casualties of the 2022 crypto bear market, with company executives coming under scrutiny for hiding the firm’s exact financial position. For instance, as reported by Finbold, regulators accused Celsius of misleading investors before the high-profile collapse.

The executives have also come under the spotlight for making questionable transactions. For instance, the wife of former Celsius CEO Alex Manshinsky reportedly cashed out $2 million in crypto before the bankruptcy announcement.

Finally, the crypto community is also keeping tabs on the bankruptcy proceedings around the FTX crypto exchange as former CEO Sam Bankman-Fried battles allegations of fraud in court. 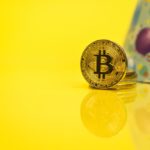