As the cryptocurrency market gets larger and its major assets become more adopted, it has raised questions over which financial watchdog would oversee it and ensure the regulatory compliance of its participants in the United States.

One of the contenders for the role is the Commodity Futures Trading Commission (CFTC), whose Chairman Rostin Behnam explained why his agency should be the primary crypto regulator during a fireside chat at NYU School of Law on September 29, CoinDesk reports.

According to him, placing crypto regulation under his agency’s jurisdiction would be good for the industry and might even lead to its growth. As he stressed:

“Growth might occur if we have a well-regulated space. (…) Bitcoin might double in price if there’s a CFTC-regulated market.”

As Benham further explained, a clear regulatory framework would give institutional investors more reassurance and motivate them to become more interested in the space:

“These incumbent institutions in the crypto space see a massive opportunity for institutional inflows that will only occur if there’s a regulatory structure around these markets.”

It is worth noting that, in July, Benham voiced his expectation that cryptos like Bitcoin and Ethereum (ETH) would become integral to mainstream financial portfolios in the United States in the future.

In early August, the U.S. Senate committee on agriculture proposed a bill that would place the regulatory control over spot markets for the newly defined ‘digital commodities,’ into the hands of the CFTC.

Soon after, the CFTC chair addressed the possibility of his agency taking on crypto regulation in the future, stating his opinion that the CFTC was ready for this possibility, as Finbold reported.

More recently, Benham said that he had already authorized the CFTC to begin preparing to become the leading and fully financed regulator for a significant portion of the cryptocurrency industry.

Meanwhile, the U.S. Securities and Exchange Commission (SEC) is also trying to assert itself as the main crypto regulator but has earned a poor reputation over lawsuits against crypto firms like Ripple, whose CEO accused the agency of being a bully that is “trying to regulate through enforcement.” 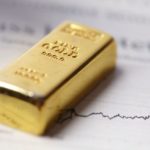