While financial authorities around the world are looking for opportunities to control the cryptocurrency sector, a United States Senate committee is planning to propose a bill that would place digital assets like Bitcoin (BTC) and Ethereum (ETH) under the jurisdiction of a regulator for commodities.

Indeed, the bill, developed by Senate Agriculture Committee Chairwoman and Michigan Democrat Debbie Stabenow and Arkansas Republican Senator John Boozman, would give the Commodity Futures Trading Commission (CFTC) regulatory control over spot markets for the newly defined ‘digital commodities,’ as per a report by The Wall Street Journal on August 3.

Notably, the CTFC currently only has oversight over derivatives like swaps and futures but not underlying commodities.

In terms of advantages for the crypto industry, crypto trader and analyst Josh Rager reflected on the announcement in a tweet stating that the bill would be “bullish for crypto, especially with Ether being included as commodity.”

Meanwhile, this bill would represent the newest addition to a sleuth of bills meant to define jurisdiction over the novel assets class, including the one that Senators Cynthia Lummis and Kirsten Gillibrand proposed in June, which aims to clarify different elements of crypto regulations, as well as correctly classify digital assets.

Other crypto-friendly bills in the U.S.

Elsewhere, the Governor of New Hampshire Chris Sununu signed in late June a bill that “exempts the developer, seller, or facilitator of the exchange of an open blockchain token from certain securities laws.”

Lastly, around the same time in June, Governor of Louisiana John Bel Edwards approved a bill allowing financial institutions in the state of Louisiana to custody Bitcoin and other digital assets for customers, Finbold reported. 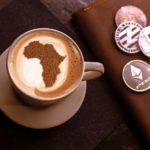