The CEO of one of China’s leading Bitcoin mining pools has given several reasons why and when he thinks the bull market will end and the next bear cycle will begin.

BTC.TOP chief executive Jiang Zhuoer has aired his thoughts with local media over the weekend revealing why, in his opinion, the Bitcoin bull market will come to an end and when that will occur.

The Bitcoin mining pool manager stated that the market could switch from bull to bear as early as September 2021 or as late as mid-2022 depending on a number of factors.

Return of the bears in autumn?

One of the reasons for the bearish prediction is an economic recovery based upon Covid vaccine rollouts. As things begin to return to some semblance of normality for economies, there will be less interest and investment in crypto assets, he added.

Zhuoer also believes that unless large corporations follow the likes of Tesla and invest in the asset, the bullishness and market sentiment will begin to wane.

However, he also noted that continued buying by institutions will keep the bull market alive for longer. The world’s leading BTC fund manager, Grayscale, continues to see increases in its assets under management figures with the latest at $45 billion as reported on March 20.

There is also currently a global microchip shortage which has pushed up prices of mining hardware and graphics cards which is also bullish for Bitcoin as the selling pressure decreases. Speaking to Cointelegraph earlier this month, Zhuoer stated:

“There is definitely a shortage of equipment right now because, since the coronavirus epidemic, the global supply chain has been interrupted and is now in the process of gradually recovering. But the demand for chips has greatly increased, so now all industries are short of chips, whether it is Bitcoin mining or other industries,”

He added that economics of Bitcoin mining makes it a superior method to acquire BTC and hold it through the entirety of a rally.

At the time of writing, Bitcoin prices were flat on the day at $57,900 according to TradingView.com. The world’s leading digital asset topped $59,800 in a weekend high but failed to breach the psychological $60k barrier once again.

Over the past week or so, BTC prices have been range-bound in the high $50k zone and they are currently less that 5% away from that all-time high of $60,100 on March 13. 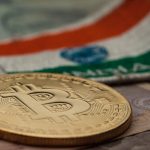 India's crypto transactions soar 30% in a year; Bitcoin, Ripple, and Tron most popular