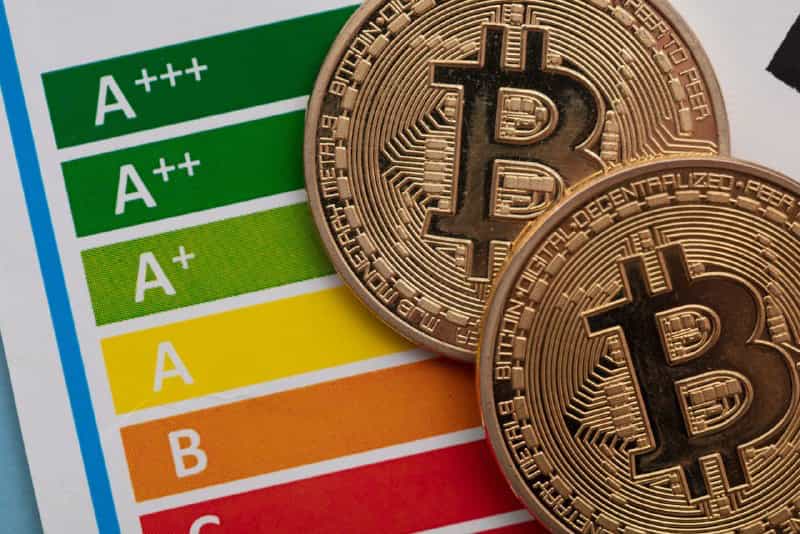 Environmental advocacy organizations are putting further pressure on Bitcoin (BTC)to improve its environmental performance to the same level as Ethereum (ETH), the world’s second most popular cryptocurrency, which has recently made significant reductions in its contribution to climate change.

As a result of Ethereum’s long-awaited Merge upgrade to a consensus process based on Proof-of-Stake (PoS), which needs 99.95% less energy, Bitcoin will remain the biggest cryptocurrency utilizing the antiquated proof of work consensus method, which requires a significant amount of energy.

Greenpeace has started a petition urging Fidelity Investments to encourage Bitcoin to adopt the same energy-saving protocol as Ethereum, greatly reducing Bitcoin’s impact on climate change, and the “Change the Code, Not the Climate” campaign has pledged an additional $1 million for new online advertisements.

Michael Brune, director of the “Change the Code, Not the Climate” campaign, stated in a press release:

“With fires raging around the world and historic floods destroying lives and livelihoods, state and federal leaders and corporate executives are racing to decarbonize as quickly as possible. Ethereum has shown it’s possible to switch to an energy-efficient protocol with far less climate, air, and water pollution. Other cryptocurrency protocols have operated on efficient consensus mechanisms for years. Bitcoin has become the outlier, defiantly refusing to accept its climate responsibility.”

The “Change the Code, Not the Climate” campaign was established in March with the intention of advocating for a change to the code that underpins Bitcoin that would reduce a large amount of power that its miners use.

Before the commencement of the campaign, there was very little national attention paid by federal and state policymakers to the environmental, social, and economic implications of Bitcoin. This included the practice of ratepayers financing miners to cease operations in order to avert grid outages.

Representatives from the campaign are now engaging in fruitful conversations with influential members of Congress as well as administration officials. Legislators are contemplating the introduction of new laws, such as mining moratoriums, that would promote openness on the locations of mining operations, the sources of energy utilized, and the emissions produced by each activity.

In March, President Biden put his signature on an executive order that brought attention to the link between mining cryptocurrencies and the global climate crisis, although the author of the personal finance book ‘Rich Dad, Poor Dad’ Robert Kiyosaki, said the order “sounds like George Orwell’s Big Brother is watching, on steroids.”

Pressure on Bitcoin to transition

The campaign is pushing the largest corporate partners and institutional investors, such as Fidelity Investments, PayPal (NASDAQ: PYPL) , and Jack Dorsey’s Block (NYSE: SQ), amongst others, to encourage Bitcoin to transition away from a PoW system that requires a significant amount of energy.

The Ethereum merging puts further pressure on these investors to utilize their financial weight, with co-founder Vitalik Buterin explaining on September 15 that “Merge will reduce worldwide electricity consumption by 0.2%.”

However, Bitcoin maximalist Michael Saylor, the executive chairman of MicroStrategy, explained in a letter on September 14 that mining is “the most efficient, cleanest industrial use of electricity.” Saylor pointed out seven facts about Bitcoin’s use of energy in order to ‘share a few high-level thoughts on Bitcoin mining & the environment.’