As the demand for cryptocurrencies as a legitimate alternative to traditional assets increases, one of the world’s largest derivatives marketplaces is adding more crypto reference rates and real-time indices, with one notable exception.

Starting from April 25, CME Group will launch 11 new cryptocurrency reference rates and real-time indices, to be calculated and published each day by CF Benchmarks, one of the leading providers of cryptocurrency benchmark indices, the organization announced in a press release on April 6.

Benefits for the users

By adding these crypto reference rates and indices, the platform will offer its users the advantages of “robust methodologies that have regular expert oversight and are designed to meet the growing need for transparent, regulated and round-the-clock pricing,” the press release states.

Furthermore, the pricing data will be provided by several leading cryptocurrency exchanges, starting with Coinbase, Gemini, Kraken, Bitstamp, itBit, and LMAX Digital. The organization has added that “each coin will trade on a minimum of two of these constituent exchanges.”

Tim Court, the Global Head of Equity and FX Products at CME Group, commented on the newest development, saying that:

“As the digital asset market continues to expand, there is an increasing demand for reliable, standardized cryptocurrency pricing information based on robust, regulated reference rates.”

In his words, the new benchmarks will cover over 90% of today’s total investible cryptocurrency market capitalization and will “allow traders, institutions and other users to confidently and more accurately manage cryptocurrency price risk, price portfolios or create structured products like ETFs.”

It’s worth noting that the organization has left out XRP from the list, despite it being one of the major cryptocurrencies, larger by market capitalization than all of the listed crypto assets except for Solana.

One possible explanation could be that the marketplace prefers to avoid the risk of antagonizing the United States Securities and Exchange Commission (SEC), which is currently waging a legal battle against Ripple Labs.

As a reminder, XRP has found itself in the middle of a lawsuit in which the regulator has accused the blockchain company of selling more than $1.3 billion in unregistered XRP tokens between 2013 and December 2020 – when the SEC filed the lawsuit.

Despite this setback, the Ripple ecosystem continues to grow and the company has recently announced it was giving out one billion XRP tokens to support project developers working on its payment-focused ledger, as reported by Finbold. 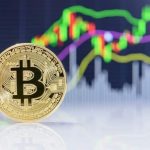 Bitcoin could be gearing towards $56,000 if it breaks this key resistance level