Apparently, an out-of-court settlement was attempted, and with Coinbase unresponsive, the filed suit will target damages of $350 million. Factual allegation point 16. Claims:

Furthermore, Coinbase will be forced to stop using the patented technology in its services.

COIN shares dropped over 8% since September 22 as the markets digested the news; in addition, the world’s largest crypto, Bitcoin (BTC), has also seen drawdowns which could have affected price action in COIN.

TipRanks analysts rate the shares a ‘moderate buy,’ with the average price in the next 12 months reaching $96.50, 55.95% higher than the current trading price of $61.88. Equally important, out of 17 Wall Street analysts covering the firm, 8 have a buy rating, seven a hold, and two a sell rating.

This is not the first time Coinbase has been involved in a lawsuit. On August 31, numerous investors filed a class action lawsuit where allegedly the firm made false and misleading statements regarding its business, operations, and compliance policies.

Moreover, Coinbase has also been rocked by allegations of insider trading; therefore, investors looking to stay on the sidelines on this stock could be proved right after the lawsuits enter a more mature phase and more details become apparent on potential misconduct by Coinbase. 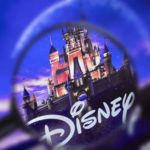