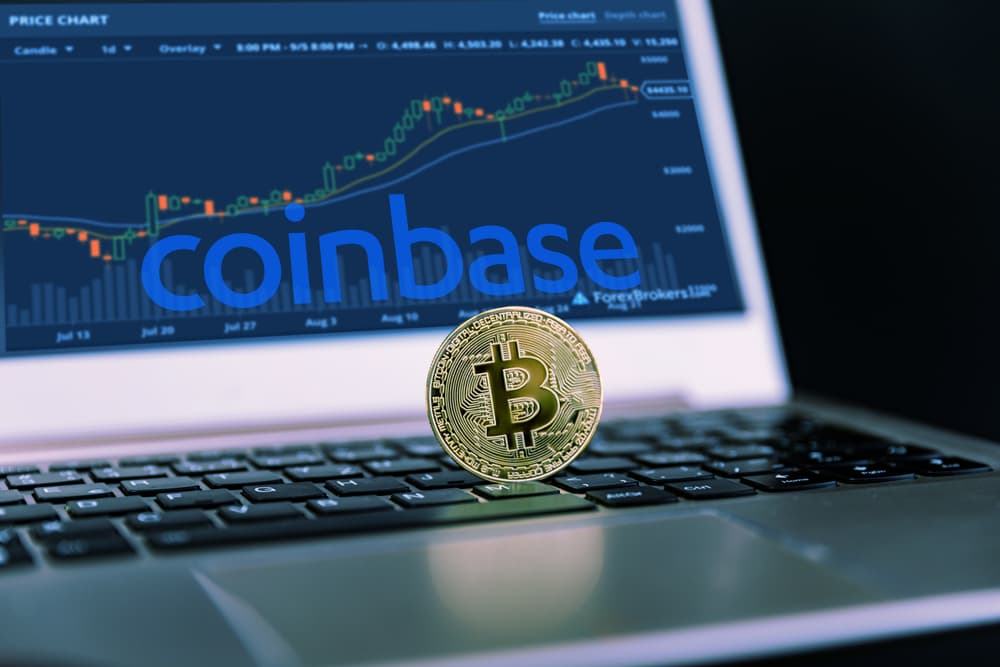 It’s likely that prominent cryptocurrencies such as Bitcoin (BTC) and Ethereum (ETH), which are also trading higher over the last week due to positive market sentiment in the cryptocurrency sector, had a role in the stock’s rise.

Interestingly, the company’s shares are trading above its 20 and 50-day simple moving average (SMA), which usually indicates an uptrend. Given the recent performance and a price above those two SMA lines, the firm’s short-term momentum appears to be bullish.

Over the past month, COIN has been trading in a broad range of $224.51 – $263.19; despite it being quite a significant zone, shares are presently trading at the upper end of the spectrum.

However, currently, COIN does not provide a high-quality setup since prices have been increasing rapidly in recent months; therefore, it may be prudent to hold off on making a purchase until a consolidation or downturn has occurred.

Overall, the price movement has been a touch too erratic to identify a solid entry and exit position; hence, it is generally best to hold off until the market volatility has consolidated.

Conversely, traders can observe important resistance areas, one at $270.86 from a trend line in the daily time frame. Furthermore, there is also a resistance zone ranging from $278.45 to $280.48 formed by a combination of multiple trend lines across various time frames.

It’s worth mentioning that 16 Wall Street stock trading analysts have provided 12-month price estimates for Coinbase in the past three months. In general, a median price goal of $351.50 is expected, with a high prediction of $500 and a low projection of $220.00 forecasted. The average price objective indicates a 37.04% increase over the stock’s most recent trading price of $256.50.

In the last three months, twelve TipRanks experts have repeated their ‘Buy’ recommendations for COIN, while three have advised ‘Hold.’ It’s worth noting that one of the analysts recommended ‘Sell.’

As a result, most experts believe that Coinbase is a sound investment, with a rise of 37.04% from the most recent price of $256.50 projected for the average price target.

Recent developments in Dogecoin (DOGE) may have impacted Coinbase as AMC Entertainment’s (NYSE: AMC) CEO stated last week that customers may now use Dogecoin to buy digital gift cards. Furthermore, to facilitate the purchase of tickets directly via its payment system, the business aims to integrate Dogecoin and other cryptocurrencies in the near future.

Data from CoinMarketCap shows that trading activity for Dogecoin increased around the time of the announcement.

In addition, Shiba Inu (SHIB), the decentralized token competitor to DOGE, soared when it was listed on Coinbase on September 16, with $870 million being invested in Shiba Inu in only 24 hours.

Interestingly, the meme coin recorded twice as much trading volume as DOGE yesterday as SHIB saw over $4.47 billion traded in volume over 24 hours, which is significantly more than double the amount traded in Dogecoin with $1.75 billion, according to CoinMarketcap.com

Coinbase generates money by facilitating the exchange of cryptocurrencies, and the more trading volume, the better. Notably, charges for transactional fees accounted for 88% of the company’s revenue in the second quarter [PDF] of 2021, and according to a company filing, 96% of the company’s sales in 2020 came from the fees it charged.

Despite only generating $2.2 billion in total revenue, it generated a staggering $1.1 billion in adjusted profits before interest, taxes, depreciation, and amortization (EBITDA).

There is a notion in the market that cryptocurrency trading volume will decline, which will put a stop to the company’s moneymaker, which is why COIN is trading at such a cheap valuation.

There are, however, indications that the amount of cryptocurrency traded is at least staying constant, if not growing. Therefore, this will be something to keep an eye on in the coming weeks, particularly as Coinbase’s third-quarter report approaches, as investors may be surprised.