Bitcoin (BTC) has endured a rough 2022, with the asset correcting by over 70% from its all-time high of almost $69,000. The flagship cryptocurrency’s performance has also correlated with the stock market, with investors looking for signs of decoupling and finding a bottom for a possible rally in 2023.

In this line, commodity strategist at Bloomberg Intelligence Mike McGlone has projected that Bitcoin is likely to experience ‘a warm spell’ and resume its rally and potentially outperform the financial markets, he said in a tweet on December 19.

The strategist further noted that the ability for Bitcoin to rally will be influenced by the Federal Reserve pivoting from the aggressive monetary policy.

“A Warm Spell Ahead: Bitcoin Crosses vs. Propensity to Outperform – The world’s benchmark digital asset has taken a beating in 2022 with most others, but Bitcoin appears poised to resume its inclination to outperform. When the Fed pivots to easing,” McGlone said.

Bitcoin’s trajectory to a digital collateral

In his analysis, McGlone added that in 2023, the global economy would focus on a possible further decline, with Bitcoin likely rising to prominence and becoming a digital collateral. He pointed out that Bitcoin’s correlation with the Nasdaq index might be turning to support for the digital asset.

McGlone’s sentiments come as Bitcoin failed to hold on to the gains inspired by the positive Consumer Price Index (CPI) and inflation data. Indeed, Bitcoin reclaimed the crucial $18,000 position, but the asset witnessed increased bearish sentiments.

Previously, McGlone had noted that cryptocurrencies led by Bitcoin are likely to emerge top from the current financial sector bear market.

In his argument, McGlone stated that cryptocurrencies are the fastest-growing technology that will have the upper hand once the ongoing market conditions are over. In the meantime, the expert maintains that Bitcoin will likely hit an all-time high of about $100,000 in the coming years. 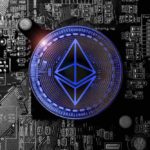