The global cryptocurrency ATM market size is projected to grow in the coming years, helping push the adoption of digital assets into the mainstream.

In particular, a new study indicates that the market is set to record a growth of 61.7% between 2022 and 2030, hitting a valuation of $5.45 billion, Grand View Research said in a press release on December 7.

The researchers attributed the projected growth to a surge in the usage of cryptocurrencies for making retail payments alongside assisting the conversion of digital assets into fiat currency.

“The rising awareness and adoption of cryptocurrencies among retailers, such as Walmart and Circle K, are expected to drive the growth of the crypto ATM market over the forecast period. <…> In addition, several businesses, including restaurants and commercial spaces, are involved in installing crypto ATMs to earn extra revenues, which is expected to further fuel the market’s growth,” the research said.

Impact of the pandemic

At the same time, the researchers pointed out that the coronavirus pandemic has partly contributed to the demand for crypto ATMs as users seek to leverage improved software to process the storing, buying and selling of digital assets.

In terms of regions, North America is expected to lead the way, followed by Europe and Asia Pacific. Elsewhere, Latin America, the Middle East and Africa are projected to account for the least share of crypto ATMs.

Furthermore, in 2021, the research stated that there was a demand for Bitcoin (BTC)-related ATMs citing the flagship cryptocurrency’s popularity. Indeed, in 2021, Bitcoin encountered a sustained bull run that culminated in the asset hitting an all-time high of almost $69,000.

Besides Bitcoin, the study noted other assets to record interest, including Ethereum (ETH), Dogecoin (DOGE) and Litecoin (LTC).

Based on the research finding, the ongoing crypto winter might not have a long-standing impact on the sector. As reported by Finbold on September 23, the growth of Bitcoin ATM had stalled for the first in 2022. At the time, the global crypto ATMs stood at 38,538, with installations in 77 countries. 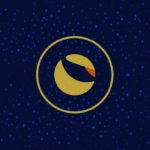 Terra Rebels launch community station to split from Do Kwon; What it means for LUNC price?