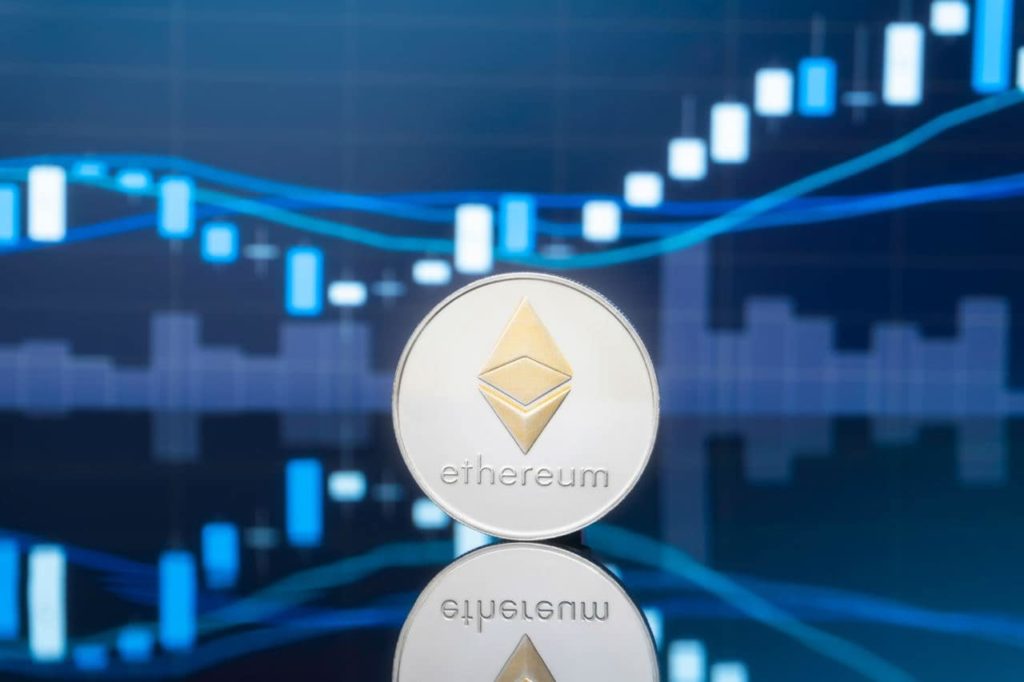 The cryptocurrency market is experiencing high levels of volatility as it struggles to hold above the $1 trillion market capitalization level. At the same time, the second largest asset by market capitalization, Ethereum (ETH), is also experiencing turbulence as it awaits the long-awaited Merge upgrade, which will see it transition from the Proof-of-Work (PoW) algorithm to the Proof-of-Stake.

Amid the anticipation, investors have increasingly speculated on the movements in the near future. In particular,  the crypto community at CoinMarketCap has made bullish predictions on the price of decentralized finance (DeFi) assets estimating that by September 30, 2022, ETH will trade above $2,000.

Using CoinMarketCap’s‘ Price Estimates,’ the community projected that Ethereum will trade at $2,102 by the end of September, a 29.16% increase from the current price of the asset.

The estimate represents the average of the 2,154 votes that community members had cast as of the time of publication.

As things stand, Ethereum is trading at $1,625, a 4.5% increase on the day and a 13.8% decrease across the previous seven days, according to data Finbold retrieved from CoinMarketCap. Meanwhile, as per the data, the total market capitalization of ETH currently stands at $198 billion.

Notably, crypto trading analyst Rekt Capital suggested in his technical analysis that ETH may soon form a lower high, like in 2021.

He said: “It’s not out of the question, as ETH recently failed to retest the orange area as support. And so it is possible for ETH to relief rally into orange to confirm it as resistance.”

In August, Antoni Trenchev, the co-founder of crypto lending platform Nexo,  acknowledged that there is a possibility of Ethereum’s price surging. Still, it will depend on the initial success of the upgrade based on a ‘positive feedback loop,’ suggesting that the Merge’s initial success is key to driving Ethereum much higher.

Elsewhere, Mike Novogratz, the CEO of cryptocurrency investment firm Galaxy Digital, revealed that he currently considers Ethereum his highest conviction crypto trade due to the imminent Merge upgrade. While a report earlier in August said that the Merge would function as a catalyst to propel Ethereum toward becoming a “global institutional-grade asset.”

What’s more, amid the market turbulence, Ethereum ranks top among the projects with the most development activity in the last 30 days as of August 22; however, the optimism around the event scheduled for September 15, there are those with their doubts.

Indeed, Meltem Demirors, the chief strategy officer of crypto asset management company CoinShares, suggested that the macro environment might deter new capital from entering into Ethereum, calling it, in her view a ‘buy the rumor, sell the news situation.’

According to Demirors, investors are avoiding risks as a result of the uncertainties surrounding the environment post-Merge; as a result, cash in the industry has been invested via options rather than direct exposure thus with analysts and experts split, whether Ethereum can reach above $2,000 remains to be seen.