As a result of the recent Vasil upgrade to the blockchain that was implemented by Cardano (ADA), there has been a great deal of speculation regarding the future price of the digital asset and the question of whether or not the most recent hard fork will act as a catalyst for further development of the ADA token.

Cardano is expected to trade at an average price of $0.5873 by October 31, 2022, according to data gathered by Finbold on September 28 using the community predictions from at CoinMarketCap’s ‘Price Estimates’ tool.

The price forecast that the community has determined to be optimistic for the decentralized finance (DeFi) token is the result of 10,386 votes being cast. This forecast shows an increase of $0.15, or 36.21%, from the price of ADA, which at the time of publication was trading at $0.432.

As a result of the long-awaited implementation of the Vasil update on the Cardano network, cryptocurrency investors and traders are examining the market activity of the Cardano token to forecast its movements in the near future and choose the optimal moment to purchase.

According to the well-known cryptocurrency trading expert Michaël van de Poppe, the best moment to purchase Cardano would be when its price is in the range of $0.30 to $0.375.

In his view, “the ultimate area to buy from is the region at $0.30-0.375.” Furthermore, Van de Poppe also noted that the cryptocurrency’s chart “is looking like we’re accumulating.”

Moreover, the trading expert predicted that a reversal in Cardano’s current negative trend would lead to an increase in long positions.

“However, will we see it front-run and people are already stacking? In that case, break of downtrend is your long trigger.”

In a noteworthy development, the price of Cardano did not experience any price explosion, even though the LunarCrush data showed a huge rise in the number of social mentions of Cardano in the days leading up to the Vasil update.

Lastly, one factor that might have an influence on the price of Cardano in the future is the fact that the creator of ADA, Charles Hoskinson, continues to provide fresh ideas that are targeted at enhancing the DeFi blockchain. Hoskinson has expressed agreement with Cardano’s long-term goal of developing an ADA certified wallet.

During a video cast on September 28, Hoskinson said that Cardano intends to do away with the original wallet notion in favor of having a blueprint with predetermined requirements that would direct developers in the creation of certified wallets. 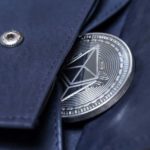