Following Bitcoin’s (BTC) recent price dip below the $40,000 mark, the cryptocurrency community at CoinMarketCap predicts that the asset will trade at nearly $50,000 by the end of March.

With over 90% of Bitcoin in circulation, its inflation rate notably dropped to 1.7% on March 10, five times lower than the US dollar (USD), positioning BTC as a viable inflation hedge to investors.

As a result, the CoinMarketCap crypto community believes the asset will rally over 22% from the current price to trade at $48,099 by March 31. The target is based on votes by 83,890 members.

The crypto community currently has a historical accuracy rate of 82% on Bitcoin price projections.

The projection emerges after Bitcoin entered into March trading above the crucial $40,000. However, the first week of the month can be categorized as highly volatile for the asset whose price movement correlated with the struggling stocks.

Although the community is remaining bullish on the future of Bitcoin, there are still concerns among investors regarding the next course of the asset. For instance, as of March 11, the Bitcoin fear and greed index hit 22.

Such levels usually imply an “extreme fear” in the market, an indicator investors might be too worried, and the market could see a recovery. Elsewhere, reading around 60 usually signals greed in the market, highlighting an opportunity for an impending correction.

The rest of the month will also continue testing Bitcoin’s status as an inflation hedge. Worth mentioning is that Bitcoin has reacted negatively to the Federal Reserve’s efforts to tackle rising inflation.

Notably, Bitcoin remaining highly volatile has come amid the broader market sell-off with ongoing unprovoked Russia’s invasion of Ukraine. Therefore, the next course of the war will likely play a role in Bitcoin’s price movement 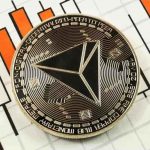