With ongoing macroeconomic factors affecting different asset classes, cryptocurrencies and the United States dollar are battling to stand out as the best-performing product.

In particular, the MVIS CryptoCompare Digital Assets 100 Index has recorded a growth of 5.4% since the end of June. At the same time, Bloomberg Dollar Spot Index has hit a record high with a growth of 7.2% at a period where stocks, bonds, commodities, and gold continue to make losses.

Although the macroeconomic elements have impacted both cryptocurrencies and equities, the latter appears to have suffered the most. Notably, the markets have been hit with increased monetary tightening by global central banks in a bid to tame the soaring inflation.

The dollar’s strong performance stems from it’s status as an inflation hedge currency. Furthermore, the dollar’s performance has continued as the Fed increased interest rates by 75 basis points for the third straight meeting.

Furthermore, cryptocurrencies’ incredible performance has mainly benefitted from Ethereum’s (ETH) gains after the historic Merge upgrade. The upgrade has been viewed as a bullish sentiment around the asset’s shift towards the Proof-of-Stake (PoS) protocol.

Interestingly, the cryptocurrency market fortunes appeared to dwindle after the infamous Terra (LUNA) ecosystem crash. The crash partly contributed to the massive sell-offs witnessed in the market.

“This recent performance is perhaps an early indicator that we are past the contagious volatility following the Luna and crypto-lender collateral damage of the last quarter,” said Jonathon Miller, managing director for Kraken Australia.

Elsewhere, Bitcoin (BTC), which is central to dictating the crypto market trajectory, is struggling to avoid further correction below $20,000. By press time, the flagship cryptocurrency was trading at $19,200, having recorded gains of almost 2% in the last 24 hours, while Ethereum was valued at $1,330.

It is worth pointing out that since the Merge upgrade, Ethereum recorded significant corrections after the event turned out to be a ‘buy the rumor sell the news event.’ 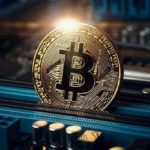