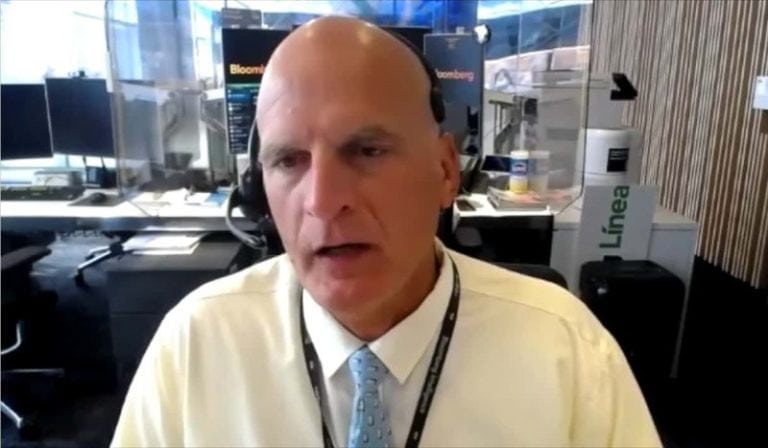 Following a spectacular increase during the month of March, Bitcoin (BTC) saw a minor pullback ahead of the Bitcoin 2022 conference.

Since the retracement, Bitcoin has continued to trade in the red, with the flagship digital asset now down more than 10% in the last week and, in turn, bringing the overall crypto market capitalization back below $2 trillion down with it.

However, despite the markets switch in sentiment, Bloomberg senior commodity strategist Mike McGlone is still bullish on crypto and Bitcoin in particular, following the Bitcoin 2022 conference in Miami. Indeed, McGlone took to Twitter on April 11 to note the rising crypto market cap alongside the declining Bitcoin supply.

“A top takeaway from the Bitcoin 2022 is the crypto industry appears on an unstoppable trajectory into the global economic mainstream. In addition to widespread interest in the new technology asset class vs. old guard equities was a myriad of related businesses,” the strategist said.

While just last week, McGlone noted crypto is ‘coming out ahead’ in the ebbing tide of inflation and low stock market:

“It’s unlikely Bitcoin will avoid price pressure if the stock market declines. The Nasdaq 100 stock index has been unable to get back above water in 2022 and may be rolling over vs. its 50-week mean. Still, we see Bitcoin coming out ahead eventually.”

Bitcoin vs the Nasdaq 100 index

Nevertheless, when it comes to the price of Bitcoin, recent data has revealed, that it has a propensity to move in the same direction as the major firms included on the Nasdaq 100 index; more lately, the connection between the two has become closer than it has ever been.

The 40-day correlation between the Nasdaq 100 index and the largest cryptocurrency by market capitalization reached an all-time high of 0.6945 on April 8.

Most Bitcoin supporters, on the other hand, will not be pleased with this link, given that the Nasdaq 100 is now down more than 14% year-to-date (YTD), while BTC is down more than 10% YTD.

Meanwhile, Bitcoin has had a difficult few days. The cryptocurrency has failed to successfully retest two crucial bull market exponential moving averages (EMAs), which were initially identified by Rekt Capital on April 8.

Notably, prominent crypto trading analyst Michaël van de Poppe stated that if Bitcoin didn’t hold above $42,900, then he saw “a test around $36K.”