Indeed, the total cryptocurrency market capitalization has sunk from $2.2 trillion – where it stood at the year’s turn – to well below even the $1 trillion mark, CoinMarketCap data retrieved on June 30 has shown.

Since the beginning of the year, the crypto market cap has struggled to keep its head above the $2 trillion level, which it managed to reclaim briefly on two occasions – in February and late March/early April but has been on a downward spiral ever since.

Notably, the crypto market collapse was accompanied by its flagship digital asset Bitcoin (BTC) dipping below the $20,000 level, and trading at $18,993 at press time, which is a 5.78% loss on the daily chart.

At the same time, the weekly chart has shown that Bitcoin has dropped by 7.57% across the previous seven days, as it struggles to gain and retain upward traction. This is far below the peak of roughly $69,000 that this token reached in November 2021.

As a direct consequence of the sharp decline of both Bitcoin and the wider crypto market, holders of the maiden digital asset have been exposed to dramatic losses, as evidenced by the number of BTC millionaires decreasing by nearly 70% in the first half of 2022, as Finbold reported. 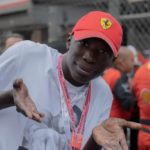