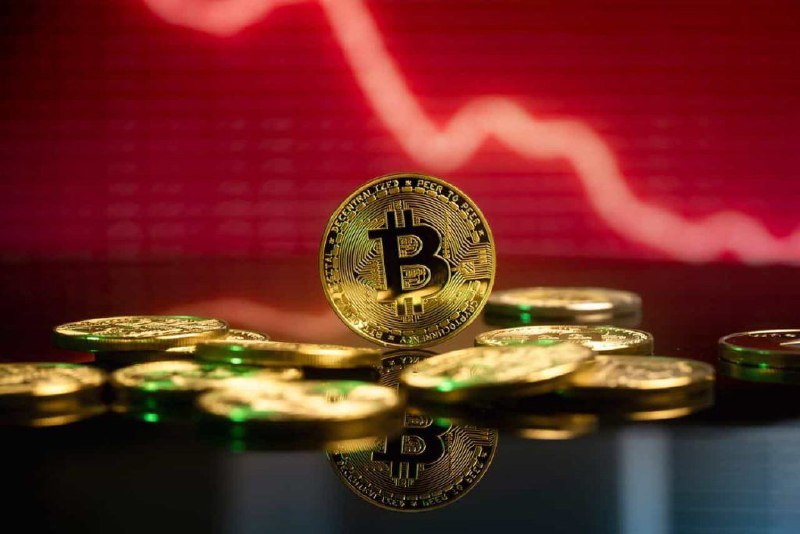 After starting the week with a short-term positive price movement, the cryptocurrency market has wiped out most gains recording a significant capital outflow led by Bitcoin, which has slipped below the $30,000 level.

In the last 24 hours, the general crypto market capitalization has lost $80 billion in capital outflows or a drop of 6%.

With all the significant capital wiped out in just a day, Finbold had earlier reported that the crypto market between June 5 and June 6 recorded a capital inflow of about $70 billion.

Although Bitcoin had led the resurgence with most assets trading in the green zone, the flagship cryptocurrency has also now inspired the latest correction. In the last 24 hours, Bitcoin slumped below the crucial $30,000, trading at $29,600, a drop of almost 6%.

Notably, market analysts had opined that for Bitcoin to embark on a positive trajectory, it was crucial to sustain its gains above $30,000.

Amid the Bitcoin volatility, on-chain analysis indicates that about 50,000 BTC worth almost $1.5 billion was withdrawn from known cryptocurrency exchanges over the past week, as per data provided by Sentiment.

Although the withdrawal can be viewed as a bearish trend, it can also be assumed that the investor outflows are destined for more secure crypto wallets as part of HODLing the asset.

This is a positive market sentiment as investors might be looking forward to a price surge. Notably, according to senior commodity strategist at Bloomberg Intelligence, Mike McGlone, cryptocurrencies will likely outperform other asset classes after the ongoing bear market.

Furthermore, the crypto market losses have emerged when the regulations debate is accelerating, with authorities hinting at the rollout of new laws to govern the sector.

United States Senator from Wyoming Cynthia Lummis has officially presented the crypto regulation bill before Congress. The bill’s contents are expected to highlight the pathway of integrating cryptocurrencies into the financial systems.

Additionally, the Federal Reserve Governor Christopher Waller had called for immediate action to handle future crypto losses. According to Waller, if the losses are widespread, the situation might be morally intolerable.

As proponents continue to push for crypto payments, the National Bank of Ethiopia (NBE) issued a proclamation stating that all financial transactions should be in the country’s currency, the Birr. However, the bank acknowledged that digital currencies in payment is growing, the move is against the law.

Elsewhere, Cardano (ADA) was the biggest gainer among the top 100 cryptocurrencies at the start of the week. However, the token is trading in the red zone, plunging by almost 7% in the last 24 hours.