Digital currency markets have had a bumper week with a massive market surge adding over $40 billion. Bitcoin has led the path as a crucial event approaches for the world’s most popular cryptocurrency.

Earlier this week, Finbold reported that Bitcoin technical indicators had just flashed a big buy signal. Those that had acted upon it would have been very happy by the end of the week as the crypto coin surged by over a thousand dollars.

Since Monday, crypto-asset markets surged over 18% to a new seven-week high adding over $40 billion to total market capitalization. That market cap touched $260 billion which is the highest it has been since early March according to coinmarketcap.com.

The move has resulted in a complete recovery from the mid-March coronavirus crash that wiped out over $100 billion in just over a day.

Bitcoin has been slowly grinding higher all week, targeting the resistance level at around $7,800. It finally broke through this on Thursday, pushing past $8,000 and surging all the way up to a monthly high of $9,400 in late trading yesterday.

The move has added an impressive 24% to BTC prices on the week as it outperforms all traditional assets and commodities once again. Today, prices have corrected a little as traders take profits and Bitcoin has fallen back to around $8,700, which is still up 15% on the week.

Analysts have noted a large engulfing candle on the monthly time frame which is usually a bullish trend reversal signal.

The move has totally negated any losses in March as BTC returns to late February prices. The halving event in just 11 days’ time is widely believed to be the catalyst for this week’s big move.

The market move has also been good news for altcoins which have also surged to new highs not seen for a couple of months.

Ethereum topped out at over $225 before a pullback today which has returned the asset to around $210. Even at this level, ETH is still up over 62% since the beginning of the year and is expected to continue higher as staking nears and decentralized finance (DeFi) markets grow.

Even Ripple’s XRP, which has been bearish all year, managed a little spurt taking the token to a pre-crash high above $0.23.

Tezos has been one of the best performing cryptocurrencies last month as it continues to crank higher, even when markets are retreating. XTZ is the one to keep an eye on as it usually recovers before its brethren.

Markets are likely to continue cooling over the weekend but Monday could see renewed momentum if the bulls have the power to keep buying. 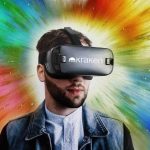