Cryptocurrency markets have rebounded over the weekend with Bitcoin leading the pack adding a thousand dollars to its price.

By the end of last week, Bitcoin prices had fallen to $17,600 following a week-long correction that appeared to be accelerating. Instead of falling further, however, the bulls regained control of the markets over the weekend and the king of crypto rebounded.

By Sunday, Bitcoin prices had reached their December 6 peak of $19,400 in a move which added 10% in just over two days. There has been another pullback back to the $19,000 level but prices bounced again during Monday morning’s Asian trading session to re-tap $19,300.

At the time of writing, this level proved to be too strong resistance and BTC prices had again fallen back to $19,100 as volatility picks up. This has been a gain of $1,500 since the Friday dip.

Analyst Josh Rager confirmed that Bitcoin, which has often been compared to gold, is still in a bull market, recommending buying the dip;

“‘Buy-the-dip’ only works in bull markets and apparently, Bitcoin is showing yet again that this is a bull market”

Fellow trader ‘CryptoHamster’ has been looking at the candle formations adding that RSI and Stochastics are entering the overbought area.

“Generally, it’s confluent with indicators being close to overbought or oversold zones.”

The longer-term view is extremely bullish with Bitcoin trading just 4.7% off its all-time high at the moment. A new ATH before the end of the year is a definite possibility but where prices go from there is anyone’s guess as markets will be in unchartered territory.

Bitcoin’s movements have caused a general lift in total crypto market capitalization which has added around $30 billion over the weekend to reach $570 billion by Monday morning.

As usual most of the major crypto assets have followed their big brother making gains of their own over the past two days. Ethereum has gained almost 9% over the weekend in a climb to $590 but the recent dip has dropped prices back to $585 at the time of writing.

$620 appears to be the heavy resistance area for ETH prices and breaking that could result in a big move up to $800.

Other top gainers over the past 24 hours include Litecoin which has topped $80 again, Chainlink, Cardano, and Stellar Lumens. 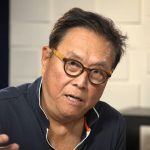